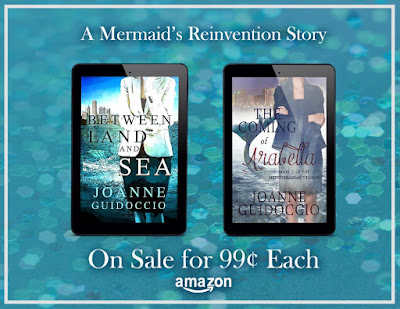 Joanne Guidoccio stopped by to share something exciting: she has reached out to readers during this pandemic and is spotlighted her Mediterranean Trilogy by offering a sale price on two ebooks. Take it away, Joanne!

Thanks, Nancy! In the Mediterranean Trilogy, which is paranormal romance released by Soul Mate Publishing, I feature the mermaids of the Bella tribe. In Book 1, Between Land and Sea, I follow Isabella on the road to reinvention. Having been brutally transformed into an overweight, middle-aged woman, Isabella struggles to reinvent herself as Barbara Davies.
After writing Between Land and Sea, I started to imagine more books involving the mermaids and ex-mermaids in the protagonist’s life. One night I dreamed of another mermaid, one not as kind and supportive as the characters in the first novel. The following day, a series of What if scenarios emerged: What if the new mermaid was somewhere on the Narcissist/Sociopath continuum? And what if she was determined to wreak havoc in everyone’s life?
In Book 2, The Coming of Arabella, Isabella/Barbara’s life is disrupted by the unexpected arrival of her beautifully preserved twin sister, Arabella.

Ideas are percolating for Book 3 – The Making of a Mermaid Psychic.

Inspirational Quotes from Between Land and Sea

“Your path will diverge for a while, but do not let that worry you. You have known difficulty before, but you will survive and thrive.”
“You must take responsibility for your own life and make full use of your gifts.”
“Your life has turned out the way it has for a reason. And now, you need to unearth that purpose and use it for your own good and the greater good.”
“You should be ready to take advantage of all opportunities that arise. Accept every invitation. Follow each whim. Some will work out, others won’t. But don’t give up.”
“Whatever you decide to keep hidden could implode later…with disastrous results.”

Inspirational Quotes from The Coming of Arabella

“Life is good, and I intend to enjoy all the abundance the universe sees fit to send my way.”
“The only magic that exists is the magic you create for yourself.”
“You are in the present season for a reason. It is your job to figure out why.”
“Set the intention and let the universe figure out the how.”
“No one, absolutely no one, can ruin your life unless you give that person the key to your inner soul.”
These ebooks will be on sale for
$0.99 (US)
March 29 to April 4
Blurb – Between Land and Sea
After giving up her tail for an international banker, Isabella of the Mediterranean kingdom is aged, weathered, and abandoned on the fog-drenched shores of southwest England. She faces her human journey as a plain and practically destitute fifty-three-year-old woman.

With the help of a magic tablet and online mermaid support, she reinvents herself as a career counselor, motivational speaker, and writer of self-help books. Along the way, she encounters a cast of unforgettable characters, among them former mermaids, supportive and not-so-supportive women, deserving and undeserving men, and several New Agers. As Isabella evolves into Barbara Davies, she embraces her middle-aged body, heals her bruised heart, and learns to love again.

This contemporary version of The Little Mermaid offers hope and inspiration to anyone who has been dumped, deceived, or demoted. It will also appeal to mermaid enthusiasts. 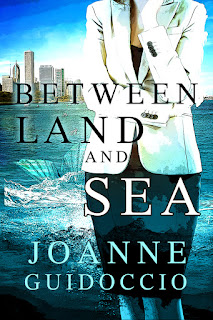 Blurb – The Coming of Arabella
On the day of her engagement party, an ex-mermaid’s life is disrupted by the unexpected arrival of another mermaid—a sister she has never known. Under normal circumstances, Barbara Davies would be overjoyed, but her special day is already wrought with tension. While Barbara is not the first mermaid from the Mediterranean kingdom to settle in small town Ontario, she has yet to reveal her origins to her fiancé. So, when Arabella, the gorgeous sister whose disturbing black eyes banished her to the island of Crete, saunters into her life, clutching the arm of Barbara’s discarded lover, a powder keg of emotion is released.

Relationships falter and careers stall as envy stirs in the hearts of the sisters. On the verge of meltdown after her fiancé leaves Canada for a teaching job in Vermont, Barbara flees to Arizona hoping for a reprieve. There, she finds solace at a retreat for ex-mermaids and a second chance at love with a charismatic preacher. As she contemplates a new life in the desert paradise of Sedona, shocking secrets emerge and tragedy strikes. A stronger and wiser Barbara rises up to face these new challenges and embrace the best parts of her mermaid heritage. 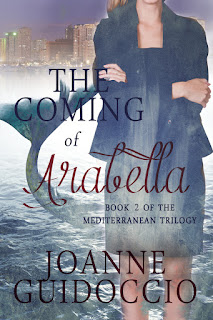 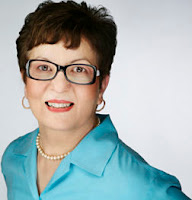 A member of Crime Writers of Canada and Sisters in Crime, Joanne Guidoccio writes paranormal romance, cozy mysteries, and inspirational literature from her home base of Guelph, Ontario. Connect with her here: 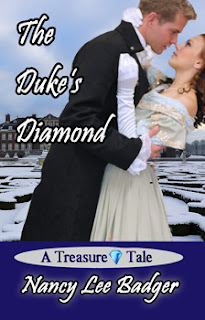 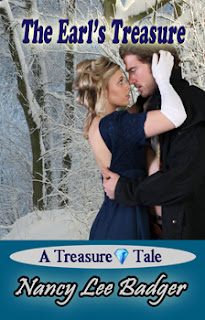 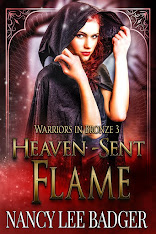 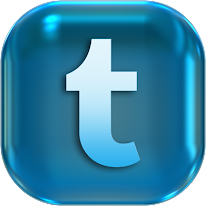 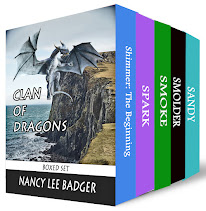 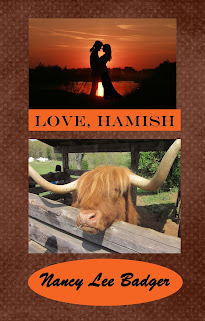 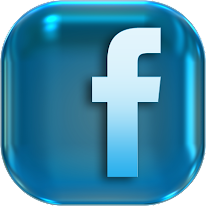 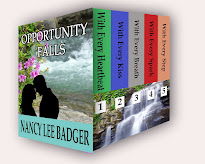