With Every Heartbeat - Release Day! 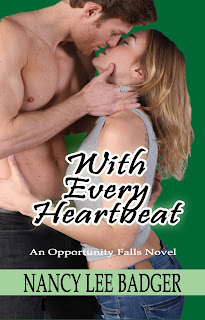 A starry-eyed romantic grows up fast when the man of her TV dreams comes to town. Lust, and secret glances, start to heat amid an enraged father and a kidnapped child.

In this contemporary romance, taking place mainly in Manhattan and Long Island (near where I was born and raised), I bring together an Olympic hopeful and an older actor wanting nothing more than to act.

Book Blurb
Rebecca Delacourt plans to try out for the US Olympic tennis team and loves being a tennis pro at a Long Island country club. Her mother gave up everything for love, but Becka refuses to take time for love or marriage. Her older sister’s problems add to their family’s discord which escalates after dumping Becka’s nephew with their parents. On the phone, Laney demands more help, the same time their parents show up courtside with the man Becka has secretly loved since he first appeared on television. Becka is swept into Laney and her nephew’s problematic, and ultimately dangerous, lives, pulling Taylor Adams into danger with her.

Taylor Adams left his home and family in New Hampshire, changed his name, and followed his dream to be an actor in Hollywood. Unfortunately, his science fiction television show went into reruns many years ago. Commercials, and appearances at Sci-Fi conventions, are not enough. He has set his eye on a film career. Visiting an old friend on Long Island, a producer who promises to help him achieve his goal, little does he realize the young woman swinging a racket at their country club has loved him for years. Their subsequent meetings in Baltimore and New York City turn steamy, until her older sister’s dangerous lifestyle interferes. Worse, all Hell will break loose if her father discovers their secret romance.