The annual WRITE NOW Conference in Raleigh North Carolina is over, and I raced home to get some ideas onto my computer. I am looking forward to writing more and more. David Morell was our Keynote Speaker, and taught several workshops. The photo is him and me! In case you missed it, here is the interview, posted April 30th.

David- This is my 43rd year as a published author. I started with First Blood in 1972, the novel in which the character of Rambo was introduced. Since then, I explored various ways of writing action and suspense, especially in The Brotherhood of the Rose (1984), which was one of the first novels to combine the British and American espionage-novel traditions (authentic spy-craft blended with action). It was adapted into the only television miniseries to be broadcast after a Super Bowl.

Another personal favorite is Creepers (2005), which mixed the thriller and horror genres so that it was difficult to decide what kind of novel it was, and recently a Victorian
mystery/thriller Murder as a Fine Art (2013) in which my fascination with the weirdness of the Victorian world made me want to make readers believe they are truly on those fogbound streets. The main character is an actual historical person, Thomas De Quincey, who invented the word “subconscious” and anticipated Freud’s psychoanalytic theories by 70 years.

Nancy- Wow! So many genres! And First Blood was your very first novel?

David- Yes, First Blood was my first novel. Through my Penn State writing instructor, Philip Klass, I was introduced to an agent who agreed to represent the manuscript. He sold it within six weeks. That’s very unusual. Most beginning authors struggle to make that first sale. Hemingway put a lot of value in luck, and with First Blood, I was indeed lucky. But it took me three years to write the book, and the manuscript didn’t leave my hands until I had done everything I could to make it professional. So discipline and determination are also part of the mix.

David- In my writing book, The Successful Novelist: A Lifetime of Lessons and Writing and Publishing, my first chapter is devoted to reasons for people to want to be writers. The worst reasons are fame and wealth. Not that anybody should turn down a big advance from a publisher. But usually the motives of fame and wealth simple mean that someone wants to win the literary lottery, and most of the time, that means imitating another author who is famous and wealthy (for the record, very few writers earn huge dollars). When I teach writing, I emphasize two mantras. 1. Be a first rate version of yourself and not a second-rate version of another writer. 2. Don’t chase the market. You’ll always see its backside. The reason to want to be a writer is that there’s a pressure inside us, a story, a secret, that demands to be told, and we’ll do everything that’s necessary to get it onto the page.

Nancy- Exactly why I will listen to your wisdom at the WRITE NOW 2015 Conference. What is your writing routine like? 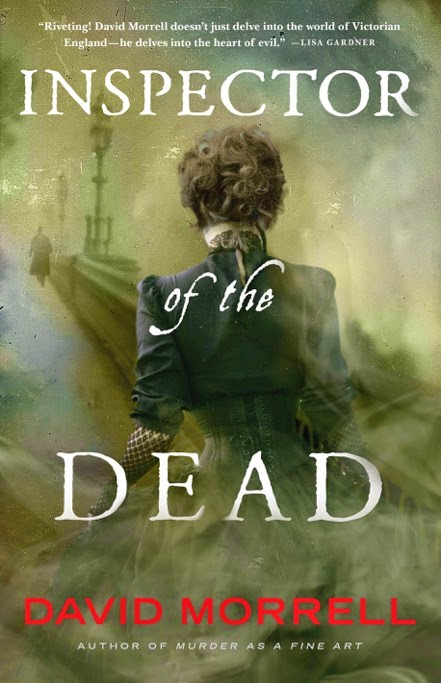 David- There’s no correct routine. Some people write early in the morning before they go to work or before the kids get up. Some people wait until it’s late at night. The main thing is to be steady about it—to do it every day. A page a day is 365 pages a year—in other words, a novel.  I work on a computer, but some people prefer to write a manuscript by hand. Whatever feels good. I’m blessed to be able to write full time, so I start around 8 in the morning and work until late afternoon, with an hour of exercise in the middle. (All that sitting can be brutal on my body unless I exercise.) I think it’s important to understand “introvert” and “extrovert” as the Myers-Briggs psychological profile defines those terms. An introvert gets renewal and refreshment from being alone. I can spend 10 hours a day alone—every day if necessary. I find it refreshing. If I need to do a lot of socializing, I’m exhausted, and I don’t like talking on the phone. In contrast, a Myers-Briggs extrovert loves being with people and can’t bear isolation. I know many great storytellers who never had a writing career because their personality was such that they couldn’t sit alone in a room.

Nancy- I love working in an empty house. Not much writing gets done when hubby is home! Are you a member of any writing organizations and, if so, have they helped?

David- I co-founded (with Gayle Lynds) the International Thriller Writers organization, which helped tons of writers get a start. I belong to the Mystery Writers of America, the Horror Writers Association, and the Western Writers of America. The professional friendships I formed there have been immensely helpful. One of my recommendations to beginning writers is to attend conferences for the type of writing that they do. Make contacts. Learn the business side of things.

Nancy- Conferences are fun, too! Will you share some encouraging words for authors still struggling for that first contract?

David- Write the book you feel you were meant to write rather than an imitation of a book that’s on the bestseller list. You might not sell the book, but at least you fulfilled yourself, and that’s what writing’s supposed to be about. The WRITING page of my website, www.davidmorrell.net has several free essays about writing.

How can readers buy your book?

Murder as a Fine Art - HERE

Inspector of the Dead  - HERE

MORE ABOUT THE AUTHOR
David Morrell is the author of First Blood, the award-winning novel in which Rambo was created. His numerous New York Times bestsellers include the classic spy novel, The Brotherhood of the Rose, the basis for the only television mini-series to be broadcast after a Super Bowl. An Edgar and Anthony finalist, a Nero and Macavity winner, Morrell is a recipient of three Bram Stoker awards and the prestigious Thriller Master award from the International Thriller Writers organization. His latest novel is the acclaimed Victorian mystery/thriller, Inspector of the Dead.

Posted by Nancy Lee Badger at 8:12 AM