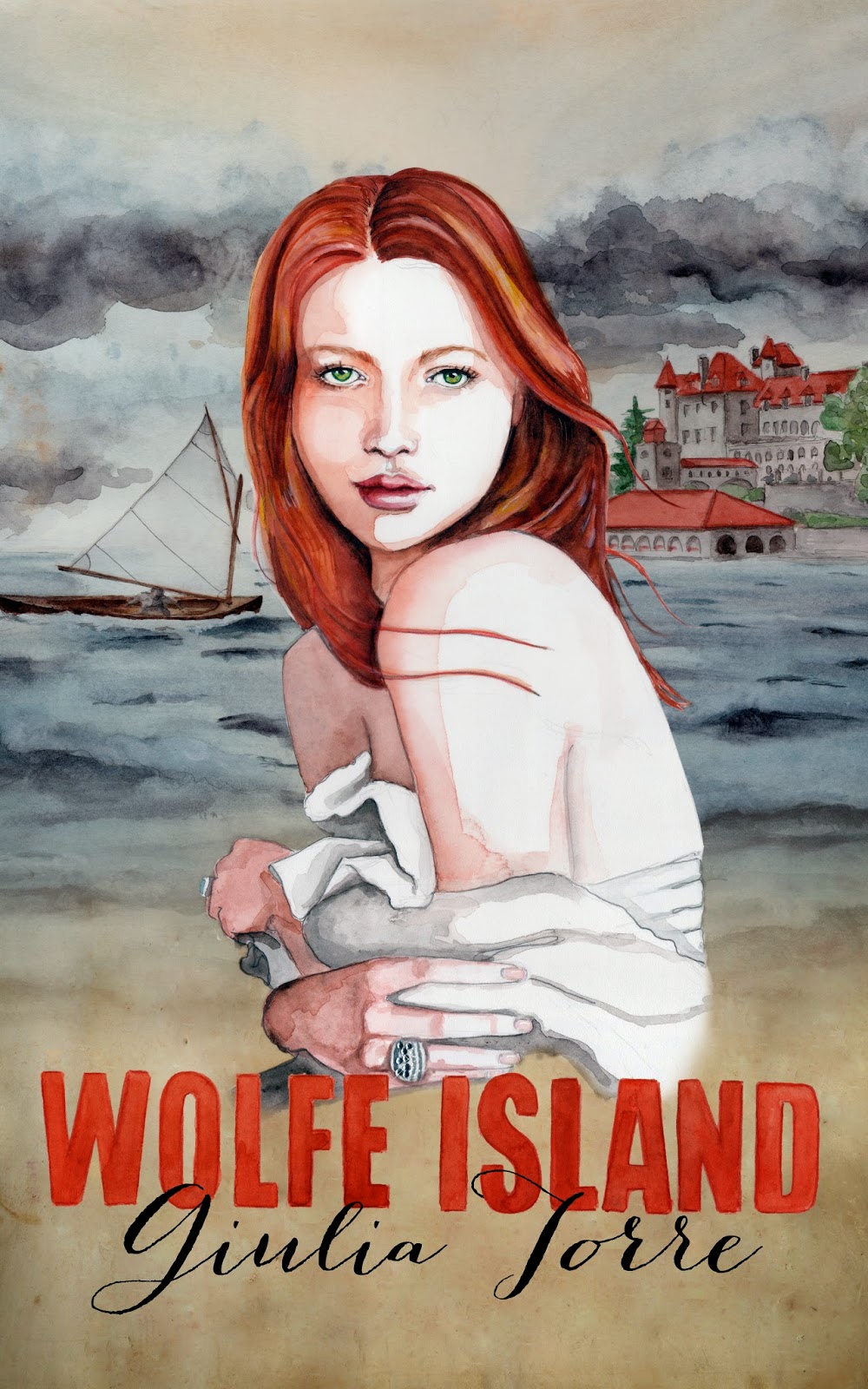 Nancy- Today I’m interviewing Giulia Torre. Her book, Wolfe Island is a historical romance and it was released in e-book on 12/24/2014 and in paperback just last month, and is giving away 5 paperback copies! Please tell my readers a little bit about your book.

Giulia- Wolfe Island is a historical romance set in the Thousand Island Region of Upstate New York and Canada in 1893. It fictionalizes the launch of the then-visionary St. Lawrence River international Seaway Commission.  The romance tells the story of two people living on neighboring islands, but from different worlds. Meredith Wells, a native girl, daughter of a botanist and herself a botanical illustrator, calls the Islands home. Tristan Wolfe, son of a Russian shipping tycoon, lives in New York City and travels the world when he’s not spending summer months in the Islands. The story opens at Wolfe’s return to the Islands after a five-year absence. He’d abandoned the River and Meredith without a word of explanation. Now he’s back, and it’s his vision to introduce large freighters to the seaway, to open it up as the nation’s fourth coast. Meredith has her own ambitions, including progressing the women’s movement with an expansion of her artistic repertoire to include male anatomy. If only she can get Wolfe to assist in her rendering of his anatomic detail. Meredith is a distraction Wolfe finds difficult to ignore. But it’s fun to watch him try.

Nancy- Describe the genre of this particular title, and is the only genre you write in?

Giulia- This is a historical romance set in Upstate New York in 1893. It’s outside popular conventions for historical romance in that it’s set in the U.S., but not “out West”. I’ve filed it in “Victorian” on Amazon, because it’s the closest era offered by Amazon for its browse categories, but it’s outside that well-known era as well. Instead it’s set in the Gilded Age, smack in between Victorian and Edwardian eras.

Giulia- I’ve always loved romance novels, and I tried to write my first one when I was 17. I fantasized about getting published, getting discovered. Now, I want readers. It’s not about “getting published” anymore. “Getting published” is no longer as important to me as it once was. The most important thing for me now is to write a compelling story, one that I would want to read. Wolfe Island is the first novel I’ve finished, and I can’t imagine finishing it and not getting it out there, somehow.

Giulia- At this point, it’s all word of mouth. I’m working on my second book (with paranormal elements), Swan Bay, and realize that writing another book, and another, will be my most important promo for Wolfe Island. I’m thinking long-game. Building a brand with my academic background and the message that romance novels have cultural significance. As I wrote in a recent post titled Regulating Romance:

Rather than to pass it off as worthless, artless, wasteful, or pointless, wouldn’t it instead be valuable to understand the power of romance?

Nancy asked Giulia to share three fun facts about her that most people don’t know.
1) I’m Italian. 100%. I have two grandparents from Sicily; one from Tuscany; and another whose family emigrated to Venezuela from Northern Italy before coming to the US
2) I’m training to swim a mini-triathalon. It will be a mile and I’ll probably drown.
3) My favorite place to be on a boat is the bow.

Giulia- I’m working on the next book in the series, Simon Low’s story, called Swan Bay. Simon Low is a rake. But whereas Wolfe is a full-on Alpha Male, Simon is a Beta Male. Sexy, but sweet as tropical fruit.

BUYLINKS
Ebook and Paperback on
Amazon 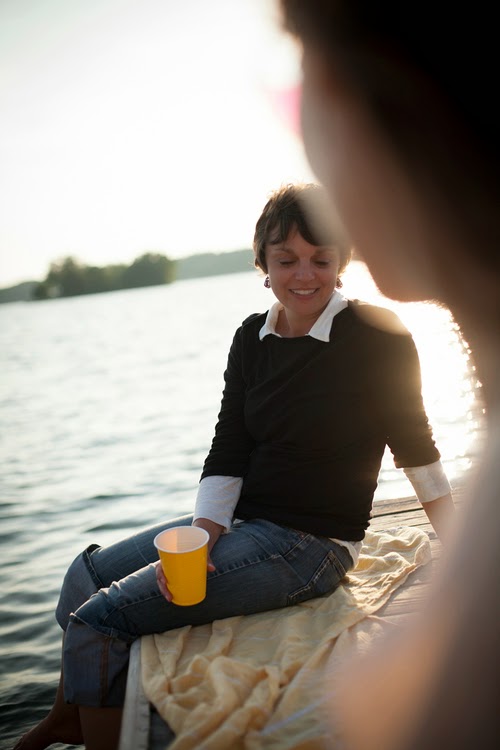 Giulia Torre reads, writes, and thinks about books. She lives in a small town with a thriving Main Street in the Finger Lakes region of upstate New York, where she plays with her neighbors in lakes, yards, and barns. Wishing she could kiss them all, just once.

Giulia has her Ph.D. in Reading/Writing/Literacy from the University of Pennsylvania, where she focused her research on reader-response and the social life of literature. Before earning her Ph.D, she completed doctoral coursework in eighteenth-century literature at the University of Washington in St. Louis, where she studied literary community and the quixotic principle.

All that to say, she likes to read romance novels, and she can tell you why.

Open to USA residents only
a Rafflecopter giveaway
Posted by Nancy Lee Badger at 1:00 AM