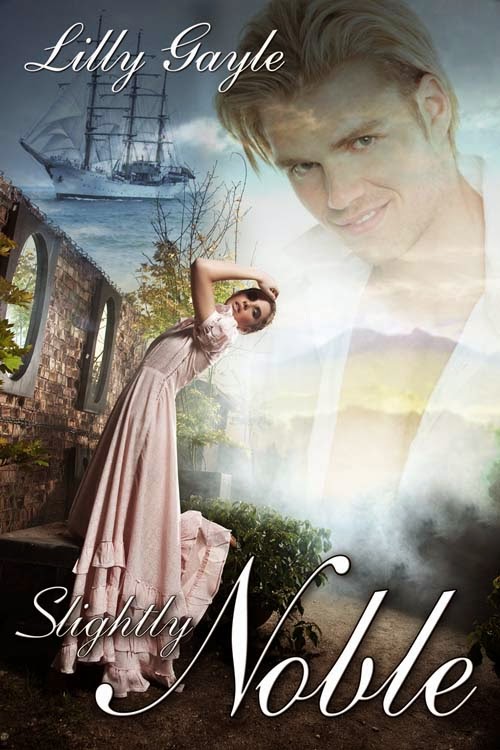 Nancy- Lilly Gayle stopped by to share a few intimate details and her latest book. Slightly Noble, a historical romance, was released on Feb. 27, 2015. Please tell my readers a little bit about your book.

Lilly Gayle- I started writing in 1995, but I didn’t begin to take my writing seriously until 1997. Thirteen years later, The Wild Rose Press published, Out of the Darkness, a paranormal vampire romance.

Lilly Gayle- The worst rejection I ever had was from an agent who told me that the industry was dying and no new authors (or agents) would ever make money “peddling” their wares again as publishing had become so elite, outsiders were no longer welcome and unless I had an original, high concept idea and a stellar pitch, I might as well stick to my day job. Guess Mr. Agent didn’t see digital books and Indie Publishing in his grim future. BTW, this was back in 1997 and he is no longer in business.

Lilly Gayle- Every Friday and whenever I can find the time to sit at my computer for more than 30 minutes without interruption.

Lilly Gayle- It took thirteen years and enumerable rejections before I was published. So, my advice is never give up and never stop learning ways in which you can improve your craft.

Please Share three fun facts about you that most people don’t know.

1) I am a mammographer who was diagnosed with breast cancer in 2007, and I saw my cancer before the radiologist ever read my films. It was that obvious.

2) I love to sing karaoke. I’m not very good, but it’s not about talent. It’s about having a night out of fun with friends.

3) I have never really had my heart broken by a man. And although I’d had crushes and been on dates, I married the only man I’ve ever loved and this June will be our 35th wedding anniversary.

Book Blurb for Slightly Noble
American privateer, Captain Jack isn't really an American, but heir to a viscountcy. When his father dies, he leaves everything not entailed with the estate to his worthless cousin. Jack's only hope of inheriting his mother's ancestral home and honoring her dying wish is to marry and produce an heir before his thirty-fifth birthday—in five months. And he doesn't have a single prospect.

Pregnant and unwed, Abigail Halsey is sent by her father to an Anglican convent until he can find a family to adopt his grandchild or a husband for his daughter. Abby has other plans, but they go awry when she goes into labor early and her rescuer, a pirate captain turned lord, insists on marrying her.

Is Jack too much like his jealous, unforgiving father? Can Abby overcome her fear of men and have a real marriage? Or will she never be anything more than the unwanted wife of a Slightly Noble Viscount?

She raised her chin. “I am a commoner, but as
you have guessed, my father was accepted in certain
social circles. Accepted, but not always welcomed.”
“Well, you will be welcomed now, Abby. You are
a viscountess.” His voice softened, but his eyes shone
with disappointment. Was it because he had hoped she
would confide in him? Or because she had confessed
her humble origins?
Pride stiffened her spine. “I am more than just a
viscountess. I am a wife and mother, and if I am to be a
good wife, at some point, I must act like a wife.” This
meant running a household, not living on a ship. She
did not want to argue or have him ask more questions
about her past, but she could not bear living aboard ship
indefinitely.
He started, his expression surprised. Then a slow
smile spread over his face, and his eyes burned as if he
had a fever. He leaned over the table, his face mere
inches from hers. “A real wife sleeps in her husband’s
bed.”
Abby’s breath hitched. Her pulse jumped. Oh dear!
He had taken her meaning all wrong. Heat rushed to her
cheeks, and her flesh tingled. “What I meant...That is, I
should be running your household.”
“We live on a ship.” He leaned back in his chair.
He still smiled, but it was now more humorous
than...amorous?
She shivered, unable to suppress a brief surge of
longing. What would it be like to kiss that hard mouth?
To feel his lips pressed against hers?
Dear Lord! What is wrong with me?

How can my readers buy your book?
Slightly Noble is available through Amazon. Or,  readers can go to the publisher’s home page HERE
Check out my book trailer HERE

More About the Author
Lilly Gayle is a wife, mother of two grown daughters, a new grandmother, and a breast cancer survivor. She lives in North Carolina with her husband. When not working as an x-ray technologist and mammographer, Lilly writes paranormal and historical
romances. 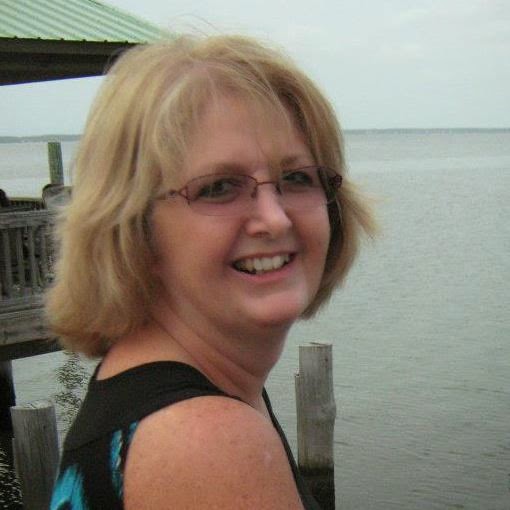