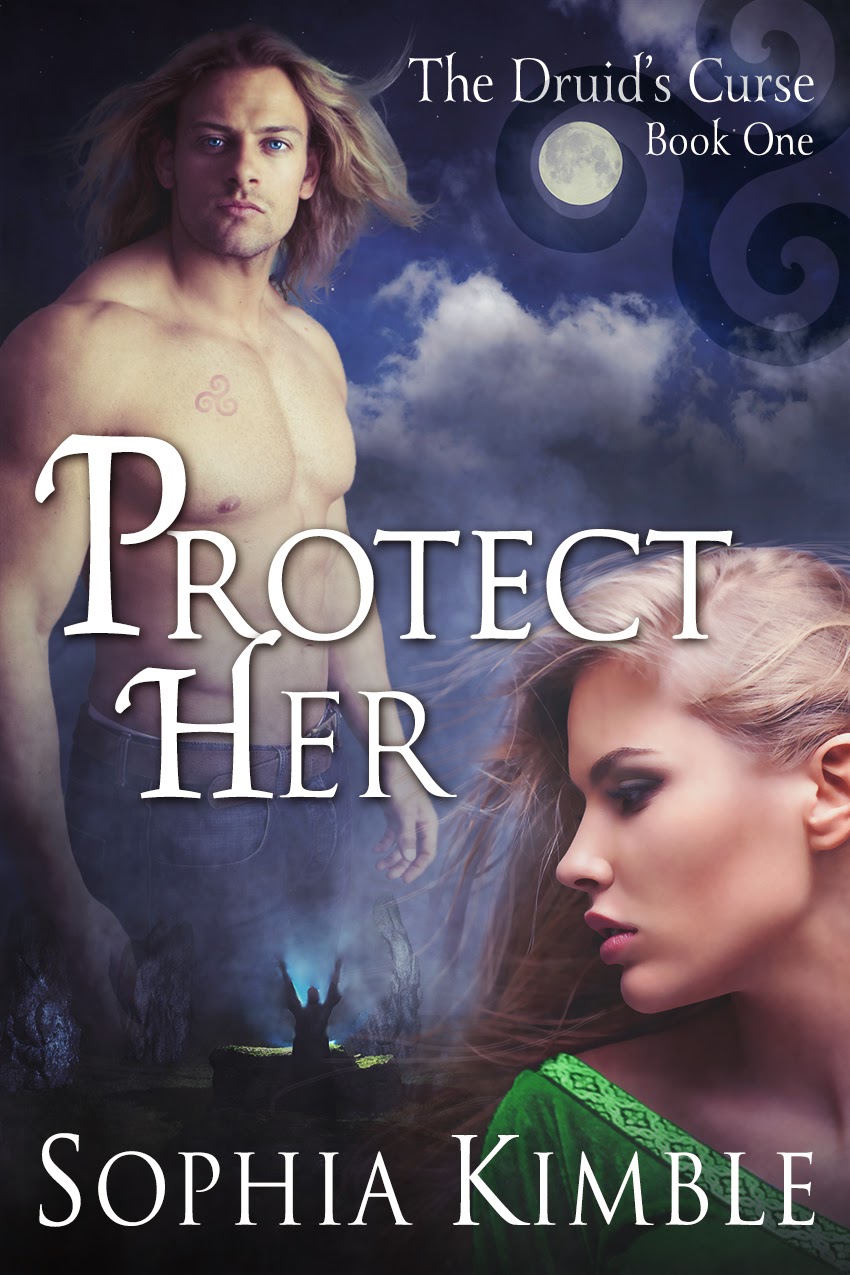 Nancy- Author Sophia Kimble stopped by to answer intimate questions, and share her book Protect Her, a Paranormal Romance that was released on October 22, 2014. It is a story of two lovers bound by fate, torn apart by evil, and reunited by perseverance. What caught my interest is that part of this book can be considered a historical romance set in the 13th century Highlands of Scotland.

Nancy- Everyone knows I love Scots, but let's talk about you. When did you start writing toward publication?

Sophia- I took the leap at the end of 2012, and finished Protect Her a year later. It is the first manuscript I had ever written.

Sophia- I have always wanted to be an author, but was always afraid of failure, so I never tried. Then after I’d mentioned it to my husband for about the hundredth time, he told me to go for it. We were in a position where I didn’t have to work, and I’m not sure what changed this time when he told me to follow my dreams, but I finally bit the bullet and opened the blank document. And I’m sure glad I did.

Sophia- Oh boy, do I. I received 47 rejections from Agents. Wow, I know. But I never gave up, and after each one, I took a few more classes, tweaked Protect Her a little bit more, and then one day, I took a contest judges words to heart. They told me that my story really began at Chapter 3, so I cut the first two chapters, added what I needed from the first two sprinkled in throughout the manuscript, and then entered Savvy Authors pitch event. I received 7 requests, and three of those became contract offers. A big thank you to that judge wherever you are…that was the best advice I’ve ever received.

A note on rejection:
Every writer has been there, maybe not as many times as myself, but they’ve been there. It’s part of the business of writing. A sucky part, but a part none the less. But just remember…we are not alone!

*Kathryn Stockett’s, The Help, was rejected 60 times before becoming a bestseller.
* Stephen King’s, Carrie, was rejected dozens of times.
*John Grishim’s, A Time to Kill, was rejected by a dozen publishers and 16 agents.
*Margaret Mitchell’s, Gone With the Wind, was rejected 38 times.

***In case you’re interested, Savvy Authors is having their pitch event which landed me 3 contract offers, Feb 16-March 1, 2015.  I highly recommend it. You can find it HERE

Sophia- I wake up at 3am, and write until about 1 or 2pm. I jump on social media at various times throughout the day, and then after the kids get home from school, I’m pretty much done with the computer. I do this almost every day.

Sophia- NEVER GIVE UP! Do not let rejection end your dreams, we all get rejected, some more than others (tee hee hee), but if you give up, that’s it, the end. Take the rejections from agents and editors, contest losses, etc, and learn from it. Figure out what you need to do to your baby to make it saleable, take more classes, tweak it, and sent it out there again, but whatever you do…DON’T GIVE UP!

Sophia- I’ve just finished the second book in The Druid’s Curse series, Avenge Her, and have written about one third of the next, Fear Her.

BOOK BLURB
Golden Alexander is trapped in a nightmare.
Trying to flee her hallucination of a demon, she runs heart first into the brooding alpha male she’s been dreaming about for years, and then her nightmare really begins.

Kris Pietka is done with women...he’s broken. But when he meets Golden, an overwhelming need to protect her tests everything he thought he knew about himself, and the paranormal.

A bond forged centuries ago thrusts them together as they search for a way to break an ancient Druid curse prophesying their demise. Racing against the clock, they travel from Vermont, to the Carpathian Mountains in Poland, and the Scottish Highlands in search of answers and a way to break the curse

But something evil watches—it covets, and time is running out.

How can my readers buy your book?
Buy it at AMAZON 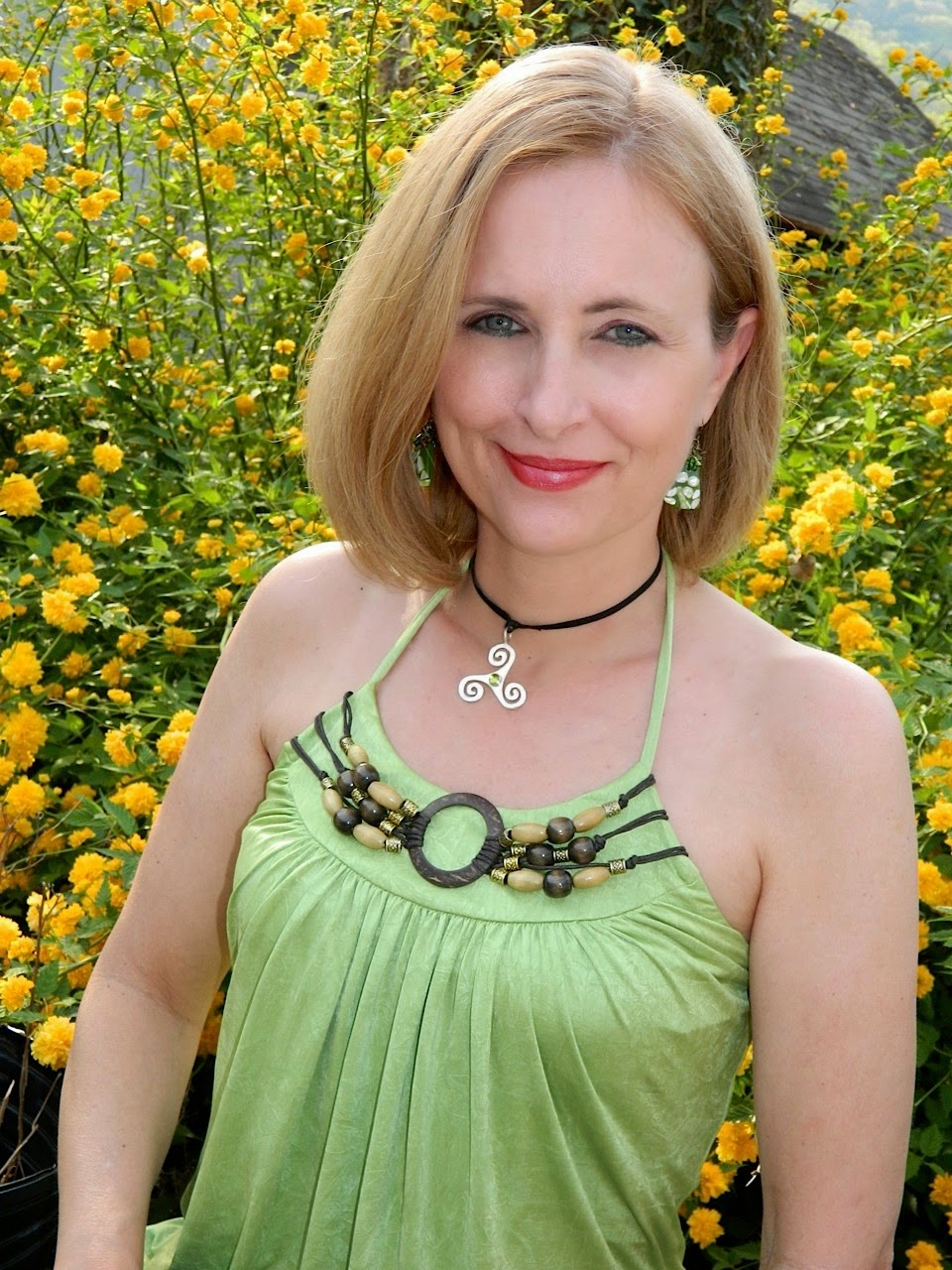 Sophia Kimble has always wanted to be an author, but for years, life got in the way. She wouldn't change a thing about how her life turned out, though. Her family keeps her laughing and loving. Her wonderful husband and two extraordinary children stand beside her every step of the way and make this journey called life worth living. She is a member of Romance Writers of America, The Celtic Hearts Romance Writers, The Music City Romance Writers, Fantasy- Futuristic, and Paranormal Special Interest chapter, Savvy Authors, and several critique groups. Sophia has worked as a nurse for twenty years, but has put that career path aside to devote her time and imagination to writing down the stories that keep her up nights. She takes her love of the paranormal, history, and genealogy, and weaves them into tales of family, fated love, and supernatural occurrences.

Amazon Author Page
Posted by Nancy Lee Badger at 12:30 AM