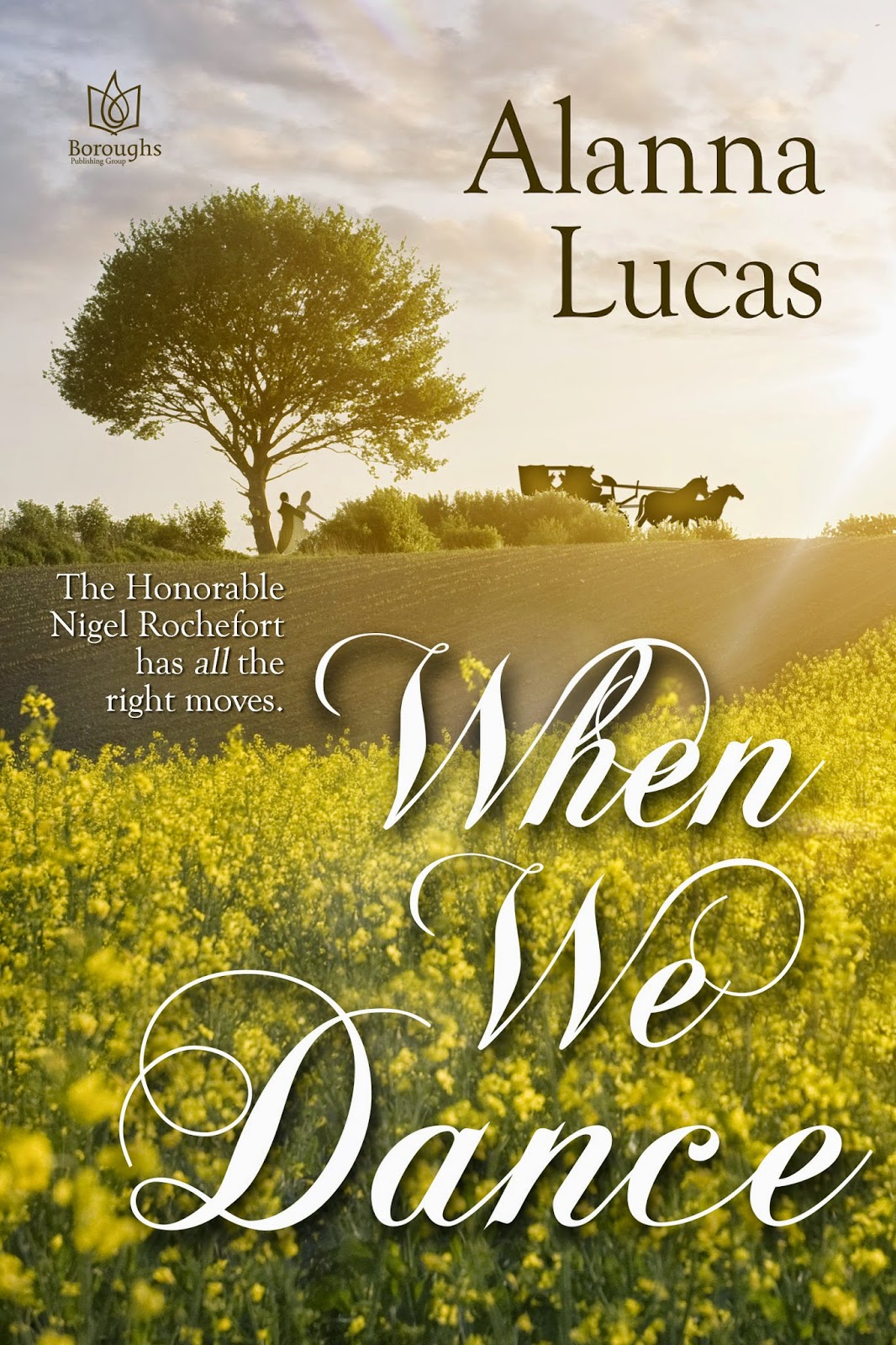 Nancy: Author Alanna Lucas stopped by to talk about her writing career. Her  book, When We Dance is a Historical Romance-Regency and was released on September 30th. Please tell my readers a little bit about your book.

Alanna: Before I start, I want to thank Nancy Lee Badger for having me as a guest today. When We Dance is the second book in the In His Arms series, which was inspired by the allure and sensuality of the waltz. There is one caveat; my heroine has two left feet.  Not to worry, the Honorable Nigel Rochefort has all the right moves. “Nigel Rochefort succeeds at everything he attempts, but burying his family in scandal and breaking up a wedding while seducing the bride is not quite what he had in mind. Nor was finding true love.”

Nancy: I am glad to have you. Your plot sounds interesting! What is your writing routine like?

Alanna: I start by keeping a journal with all my thoughts, ideas, and pertinent research. I write down scene ideas, character descriptions, and songs that inspire me (my current favorite is Demons by Imagine Dragons). The journal goes everywhere with me and is the first thing I open when I sit down to write. I tend to be most productive in the afternoon. The kids are in finishing homework (did I mention that I homeschool two kids?), emails have been read, and there are few interruptions. It has taken some effort, but we have all gotten into a good routine. My youngest has even started writing his own book!

Nancy: That is a great way to pay-it-forward and keep your kids interested in your career! Having achieved your goal to be a published author, what is the most rewarding thing?

Alanna: Seeing the finished product, cover and all.

Nancy: Are you a member of any writing organizations and, if so, have they helped?

Alanna: I would be lost without Romance Writers of America and the tremendous resources they provide. I am also a member of a local chapter, East Valley Authors, and several specialty online chapters- Celtic Hearts, Hearts Through History, and Beau Monde. The support, encouragement, and knowledge has been invaluable.

Nancy: I agree, writing groups help. Will you share some encouraging words for authors still struggling for that first contract?

Alanna: Learn your craft, join a writers group, and write everyday (even if it is only 100 words).

Nancy: Please Share three fun facts about you that most people don’t know.
1) I collect recipes, but I don’t cook.
2) I have done a lap on the Nurburgring in Germany.
3) I’ve kissed the Blarney Stone.

Nancy: I would not have guessed any of those! What’s next for you?

Alanna: I am currently working on the next book in the series entitled Dancing Around the Truth.

BOOK BLURB
STEP BY STEP
Miss Artemisia Germayne is used to gossip. She is far from the ton’s version of an ideal beauty. Worse still, she cannot dance. But when she finds herself in the uncomfortable predicament of abandonment on her wedding day, embarrassed and humiliated she retreats to the country.

Nigel Rochefort, second son of the Earl of Monfort, has always taken his good fortune for granted, so when the woman for whom he has a secret tendre is about to marry his friend, the only logical thing to do is break up the wedding. But that scandal is only the start. The bride’s sister has also disappeared, and Nigel must first clear his name to assure Artemisia’s affections. As he gives chase, many truths are yet to be learned. This is no simple country dance or game of seduction but an unstoppable waltz of desire—and true love.

EXCERPT
She actually struck him. Nigel could not believe what had just happened. A woman had just struck him. Not just any woman or casual acquaintance, but Artemisia. Not a delicate slap, but a hard punch full of pent up anger. That had never happened to him before. He just sat there...stunned. Did she suspect?
Before he had the opportunity to reflect further on the question, Lord Germayne made an announcement and swarms of guests brushed past him, giving him curious looks as they filed out of the chapel. His first thought was to stay put and wait for everyone to leave. He was in no mood for inquisitive gossipmongers, but he did not want to be trapped, surrounded by the same gossips in question.
Following the herd of bright dresses and fanciful hats out of the chapel, whispered theories swirled around him as to the whereabouts of Mr. Chartwick. The general consensus was that the groom had cold feet. Nigel knew otherwise.
Nigel was within earshot when Lady Lamden began to weave one of her vicious tales. “...and this is not the only scandal facing Lord and Lady Germayne. Did you notice that Miss Philippa Germayne was not in attendance?”
The pair of gossips stopped walking, and huddled together, too deep in tittle-tattle to notice that anyone was eavesdropping.
Ducking behind a large urn of flowers, Nigel strained to hear the conversation.
“I have it on the best authority that the young lady in question is not indisposed, but has disappeared altogether.”
“Disappeared?”
“She has not been seen since yesterday when she was discovered alone in the park with a certain notorious rake.”
Nigel’s stomach lurched with guilt. He was the notorious rake they spoke of.

Nancy: How can my readers buy your book? 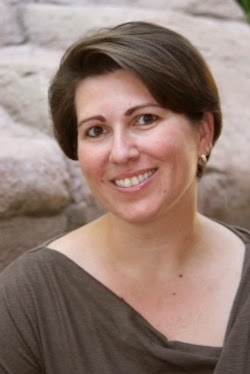 Alanna Lucas grew up in Southern California. From an early age, she took an interest in travel, incorporating those experiences into her writing. When she is not daydreaming of her next travel destination Alanna can be found researching, spending time with family, or going for long walks. Alanna Lucas is a member of the Romance Writers of America, East Valley Authors, The Beau Monde, and Celtic Hearts Romance Writers.