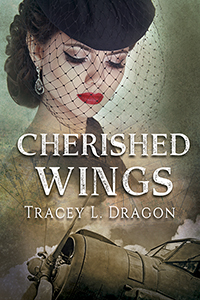 Another Soul Mate Publishing author stopped by to share their latest book. Take it away, Tracey!

Cherished Wings-Book 1 of my Return to the Home Front Series published by Soul Mate Publishing is a dual-time romance where you have two stories—a contemporary and a historical intertwined in one novel. Cherished Wings was inspired by my own mother’s story. Although she never spoke of it, my sisters and I were aware of the pair of World War II Navy wings she kept hidden in her dresser drawer. The wings belonged to a beau who was killed on a mission during the war. After my mother’s death I cleaned out her dresser, and when asked by my father if I’d found anything else besides her clothes, I lied and said, “No.”  He then explained to me that my mother used to keep photos of an old boyfriend, and he seemed pleased that she’d gotten rid of them. I didn’t have the heart to tell him otherwise.  For although I did not find the wings, I did find the envelope containing his photos—one was cut to fit the size of her locket. She’d kept those photos for sixty years.  I also found the chunky, pyramid–shaped glass top of an old bottle of French perfume. The stopper had been broken off, and the bottle was nowhere to be found. I wondered why she kept it for so long. I could only assume it meant a great deal to her.  The mystery around these items sparked the idea for Cherished Wings, and Fran and Jack’s love story was created. This book is dedicated to my mother.  It was released July 11th in E-book form and on September 21st in paperback. It has been compared to the Notebook.

Book Blurb
When Sara Kennedy returns to her small hometown in Western New York and visits her dying grandmother, she asks her about the pair of World War II Navy Wings she found in her grandmother’s dresser drawer. Her grandmother reluctantly shares with Sara the powerful love story she had not spoken of in over fifty years. As the tale unfolds, Sara finds herself caught up in a time where things were simpler, yet more complex—where love and war were not compatible. A story so poignant, it rocks Sara’s world and changes her life forever.

Excerpt from Cherished Wings
The knock on the door followed by a chorus of greetings stirred Fran to take one final glance in the mirror before heading downstairs. Amy and Red’s voices were distinctive, and she could clearly make out their boisterous teasing. It was the third voice that stopped her in her tracks—rich, deep, and smooth as fine whiskey. It sent shivers down her spine and struck a chord deep within her.
As she stepped onto the landing, Red turned in her direction and whistled.
“Ah, there’s my girl now.”
She parted her lips to refute his statement, but found the words stuck in her throat when the tall sailor in dress uniform standing beside Red turned to acknowledge her presence.
The stranger’s mesmerizing eyes locked with hers and for a moment it was as if time stood still.
Fran froze mid-step when a pair of startling blue eyes met hers. A sense of déjà vu overwhelmed her as though their souls had met before. Her hand locked on the stair rail to prevent the unchecked motion of her body as her stride faltered.
“Are you all right?” The dark-haired man standing at the foot of the stairs stepped forward with an outstretched hand.
Disconcerted by her visceral reaction to Red’s friend and feeling self-conscious and more than a little clumsy, she blurted the first thing that came to mind.
“Of course, why wouldn’t I be? Now that my guy’s home.” She forced a smile. Ignoring Red’s grin and Amy’s choked expression.
Red shouldered aside his friend. “Now don’t you be trying to horn in on my gal.” He reached for her hand, tugged her forward, and slid his hands to her waist, lifting her up high.
She slapped Red’s shoulder. “Put me down you big oaf. You’re embarrassing me in front of your friend.”
Red swung her down but held her with her feet just above the floor. “How about a kiss from my favorite girl?”
“In your dreams, sailor, I’m sure you’ve used that line in every port.”
Red set her down and dramatically crossed his right arm over his heart. “Oh, how you wound me.”
She rolled her eyes at him and laughed. “I see you can take the boy out of the country, but not the country out of the boy. I would have thought you’d have gained some polish while stationed in the city.”
“Ouch. Cut to the bone. You’ve sure gotten sassy while I’ve been away.”
“Just you remember that buster.”


CHECK OUT THIS REVIEW ON GOODREADS 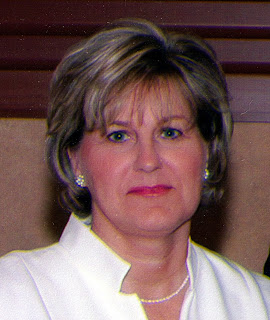 More About the Author
Tracey L. Dragon is a relocated New Yorker, former Navy wife, and retired educator who lives in Florida with her husband, Bill. After seven military moves, raising two Navy brats, and twenty years teaching troubled youth, she is now able to put her full attention to publishing the children’s stories and romance novels she’s written over the years. She’s a member of Romance Writers of America and Florida Writers Association. Connect with her here: WEBSITE     FACEBOOK