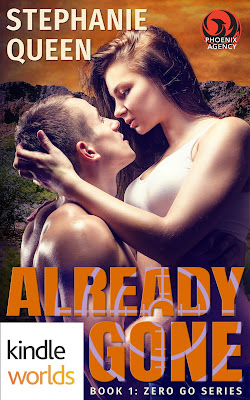 I am pleased to present author Stephanie Queen, who took time from her busy schedule to stop by to share details and a free excerpt from her latest book.

Blurb:
If Dr. Vicky didn’t save the cartel leader’s lousy life, he’d promised to take her sister’s life in payment.
It was Phoenix Agency operative Roman Danski’s mission to escort Vicky into Reynosa, protect her while she saved the notorious thug with her gift for healing and then get her back out.
It would have been doable if the doc hadn’t been a luscious siren, the kind of woman he never could resist. Her sensual beauty was going to make a tough job impossible.
How could Roman stop the cartel boss from keeping her if he couldn’t resist her himself?

They served their country in every branch of the military—Army Delta Force, SEALs, Air Force, Marines. They are pilots, snipers, medics – whatever the job calls for. And now as private citizens they serve in other capacities: as private contractors training security for defense contractors, as black ops eradicating drug dealers, as trained operatives ferreting out traitors. With the women in their lives, who each have a unique psychic ability, they are a force to be reckoned with. Risen from the ashes of war, they continue to fight for those in need. They are Phoenix.
ALREADY GONE
Chapter 1

Roman Danski arrived at the location for his assigned protection detail ahead of schedule. It was a long, low ranch house with a terra-cotta roof, a small greenish-brown front lawn, and an empty one-car driveway in a better-than-mean-income neighborhood. His watch told him he was fifteen minutes early.
Apparently, he wasn’t early enough. It looked like the damn doc had flown the coop. Had she been crazy enough to head for Mexico without him? Or more likely, the Gulf cartel boys had come and taken her themselves against everything that had been agreed.
Why was he not surprised?
Either way, he was dead meat—they were both dead meat—unless he caught up with her in a hurry.
Those were the thoughts running through his head as he’d left his Jeep in the driveway, then sped into the house and through the rooms. He went out the back door and ran from the back yard to the corner of the boxy house heading to the front where he’d parked his Jeep six seconds before. No more than that.
He never saw it coming.
She hit him and he almost went down. Almost, but not quite. He grabbed her and held on while she screamed, pulling her back around the corner of the house with him in case anyone was looking.
He didn’t know why he bothered to hide, because if they were out there, they sure as hell had heard her.
“What the hell?” She got out the words before he clamped his hand over her mouth, gathering himself from the hit he’d taken.
“I’m going to take my hand off your mouth, but don’t scream. I’m Roman Danski. Phoenix Agency. I was assigned to bring you in.” He removed his hand.
“What were you doing sneaking around my house—I could have killed you.”
“What were you doing hiding? I thought you were gone—or worse.”
She shifted in his arms, pulling her shirt down and exposing a mound of luscious breast. He hadn’t realized that his assignment, Dr. Victoria White, was a gorgeous young lady, but man oh man, was she ever. He’d expected someone more… studious.
Great. Just damn great. 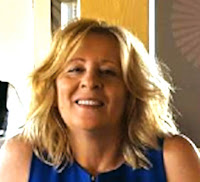 Author Bio:
USA Today Bestselling Author Stephanie Queen is a romantic at heart and a writer by nature. So of course, she loves creating stories where the good guys always win–and they always fall in love along the way. Although she’s lost count of all the jobs she had before she settled on being a Novelist, her favorite was selling cookies as a Keebler Elf. She is a graduate of UConn (go Huskies!) and Harvard U and lives in New Hampshire with her family, her cat, Kitty. Connect with stephanie here: