An Interview with Writer Mike Sager of The Sager Group LLC 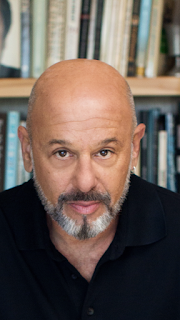 Please join me in welcoming Mike Sager, who will soon be speaking at the WRITE NOW 2018 Conference here in Raleigh, NC. MIke, please tell my readers a little bit about your writing.

Mike- I’m in my 40th year of typing the good fight. I’ve written and edited for college publications, alt weeklies, newspapers, magazines and books. I also now publish books and make documentary and commercial films and videos. For the past 26 years I’ve been a writer for Esquire. I’ve done dozens of celebrity profiles and a number of my crime stories have become movies, but I’m most proud of my work as a literary anthropologist, which means I live with groups of people for long periods of time and write about their lives. Over the last four decades, I’ve spent time with a crack gang, teenage pitbull fighters, artist/heroin addicts, wounded marines, football players in Samoa, Aryan Nations troopers, a high school boy, a butler in a ritzy household, Tupperware saleswomen, swingers, Peter Dinklage and many more. I have seven collections of stories.  Kirkus Reviews once wrote: “Sager plays Virgil in the modern American Inferno.” That’s probably my favorite review of all time, besides this one, from The New York Times Book Review, which links me to the chain of writers I consider my forefathers, along with Gay Talese: “Like his journalistic precursors, Tom Wolfe and Hunter S. Thompson, Sager writes frenetic, off-kilter pop-sociological profiles of Americans in all their vulgarity and vitality. He writes with flair, but only in the service of an omnivorous curiosity. He defies expectations in pieces that lesser writers would play for satire or sensationalism.” 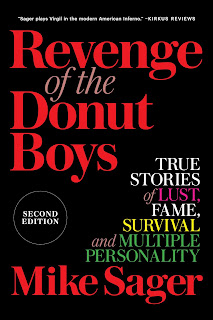 Nancy- Did you have several manuscripts or articles finished before you sold? If so, did you send them out yourself?

Mike- Over 40 years I’ve had some of the biggest name agents in New York. Now I have a lawyer. Agents are necessary as gate keepers because of the way the system works. Luckily, at this point, I know personally many of the top editors in New York. And I also have my own publishing company, because, frankly, if you don’t have one of the big books at a big publishing house, you can make more money and get just as much help from the publisher if you do it yourself. Over time, as I accrued more expertise, experience and kudos, I kind of became annoyed about the prospect of asking people with less experience and far less accomplishment to pass judgement on my work. This works okay for me because I’ve always been sort of a niche product. Certain people seek out my work. I’m not a huge bestselling writer, though I’ve had a number of best sellers. The most important thing to me:  do the work. I’m with Kevin Cosner: If you build it they will come. I’ve always just tried my hardest to be the best I can be. I still wake up with that intention every morning.

Mike- I am most happy when I’m typing. I love the craft of making words into art. I love learning about things and understanding them deeply. Over the years I have also learned the joys and gathered the wisdom that comes with empathizing deeply with others who are different than yourself. Visiting other cultures and learning their ways, both domestic and foreign, has given me insight; I’ve learned to find common ground with others; I’ve never failed to make a lifelong friend while doing a story, even if the person’s outlook is very different than mine. All I’ve learned was put most succinctly by one of my subjects, the comedienne Roseanne, who once told me: “All hate is fear; all fear is insecurity.”  The piece about Roseanne is featured in my bestselling collection Revenge of the Donut Boys, which has just been republished as a second edition. 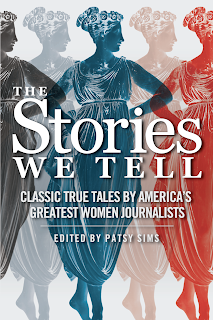 Nancy- Tell us about The Sager Group

Mike- The Sager Group was founded in 1984. In 2012 it was chartered as a consortium of multi-media artists and writers, with the intent of empowering people who create—an umbrella beneath which makers can pursue, and profit from, their craft directly, without gatekeepers. TSG designs and publishes books and eBooks; ministers to artists and provides modest grants; and produces and distributes documentary, feature, and commercial films. By harnessing the means of production, The Sager Group helps artists help themselves, artifex te adiuva. Our most recent project is our series of text/anthologies celebrating Women in Journalism. The first two: The Stories We Tell and Newswomen. We are also featuring a second edition of Elizabeth Kaye’s bestselling Lifeboat No. 8: Surviving the Titanic. I am most proud to say I have been joined in my efforts lately by the addition of my son, Miles Sager, as Creative Director of TSG Films. Working with him is my greatest joy.

Nancy- Did chasing any article put you in physical danger?

Mike- Living with a crack gang in Los Angeles—street violence, drug use, drive by shootings-- and in a Palestinian refugee camp—rubber bullets and mistrust-- both in the late 1980s, were my most dangerous assignments. My friendship with Super Freak Rick James was kind of crazy too. (See Scary Monsters and Super Freaks .) My first job at The Washington Post (after being promoted from copy boy) was as night police reporter at a time when the nation’s capital was roiling with violence; I learned there the taste for danger, and also the taste for the kind of weird attention that violence and mayhem brings to your pieces. My first rule of writing: Thou shalt not bore. Working in the “underbelly” of society never is, and people read for entertainment. I also learned that the way the “criminal element” is depicted in the press is usually hyperbole. I guess it comes down to: Criminals are people too. They’re just working in a shadow economy. But you have to lay down your preconceptions before you arrive. And you have to lay down your judgement to be with people. I reserve that right for the typing process.
Many years ago, on the Monday after I became engaged to be married, I attended a week long swingers’ convention. That was pretty dangerous, too.

Mike- Every day I wake up, eat breakfast, skim the paper newspaper, and go downstairs to my office. I work until noon. I eat something. I work until four. I exercise or watch hoops. I eat and sometimes work for another hour. Through the day I switch projects, depending upon what is due. In the old days I spent a lot of time coaching and parenting. I’m an empty nester now. My partner works a lot of hours and lives in a different house. It suits me.

Nancy- Having achieved your goals, what is the most rewarding thing?

Mike- My goal was always to make a living typing and to “see how far I can go.” I’m not done yet--though I will say the economic crash of 2008 and the rise of the internet has changed my life dramatically. For most of my career I was a staffer or a contract writer—weekly or monthly checks-- at a major publication. That’s all gone now. So that’s fun. The most rewarding thing is making something out of nothing. To create art is to become a god. After that, it’s hard to have a hobby.

Register for the
April 28th conference
in Raleigh, NC HERE

MORE ABOUT THE AUTHOR
Mike Sager is a best-selling author and award-winning reporter. A former Washington Post staff writer under Watergate investigator Bob Woodward, he worked closely, during his years as a contributing editor to Rolling Stone, with gonzo journalist Hunter S. Thompson. Sager is the author of more than ten books, including anthologies, novels, biography, and textbooks. He has served for nearly three decades as a writer for Esquire. In 2010 he won the National Magazine Award for profile writing. Several of his stories have inspired films and documentaries, including Boogie Nights; he is the founder of The Sager Group LLC.