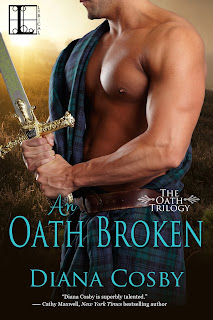 Diana Cosby stopped by to answer a few intimate questions and to share her latest book. An Oath Broken is a Scottish medieval romantic suspense and will be released on June 22nd. Please tell my readers a little bit about your book.

Diana- An Oath Broken is the 2nd book in The Oath Trilogy and is set on the border of England and Scotland. Wolfhaven Castle is damaged after a series of attacks. With peace falling upon the lands, Giric Armstrong, Earl of Terrick, is determined to rebuild his home — but he’s penniless. A proud man, to raise coin, he pretends to be a knight and accepts the task of escorting the English noble, Lady Sarra, to her betrothed. Except, the simple journey turns dangerous as Lady Sarra isn’t the only one determined to see her engagement fail, men with darker motives want to stop the wedding—even if they must kill the bride.

Nancy- Describe the genre of this particular title?

Diana- An Oath Broken is a medieval romantic suspense. I enjoy writing romances, but I love writing action and adventure as well. So, I combined the two to create fast-paced stories that I hope my readers enjoy.

Nancy- Are you a plotter or a pantzer (Write by the seat of your pants)?

Diana- I’m a major plotter, and I’m fascinated by the challenge of weaving together the hero and heroine’s journey with plot, historical facts, and suspense.

Diana- I work on some aspect of writing seven days a week. Monday through Friday, after my morning posts and e-mails are finished, I write. When I’m working on a rough draft, my goal is five new pages a day. On weekends, I take care of the business side of writing.

Nancy- What is one fact that you find amazing when you’re writing new pages?

Diana- I think the most incredible thing to me when I’m writing new pages is how out of the blue the character takes over. It’s amazing! I remember writing a scene in His Seduction where Griffin-the hero and the villain, who were at odds with each other from the start of the book, were travelling on horseback with the heroine. Griffin gets fed up with the villain, tells him to dismount because they’re having it out right there. What’s funny about this scene is that this wasn’t supposed to happen. I tried to rewrite it three times as Griffin and the villain couldn’t fight yet. Except, Griffin was angry at the bad guy and refused to cooperate. So, I ate dinner and wrote out the scene out by hand to see what happened. And, the brawl ended up increasing the tension between them, which for the story worked out great!
Nancy- Will you share some encouraging words for authors still struggling for that first contract?

Diana- For those of you struggling to sell your first book, my advice is to believe in yourself and dare to go after your dreams. Only YOU can tell your story!  Each book teaches you how to write better. And that day that you sell and your editor asks, “What else do you have?” If you’ve written several books prior, you have a backlist to choose from.

Please Share four fun facts about you that most people don’t know. 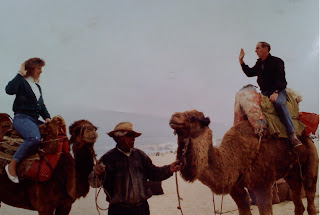 1)  For my final tour in the Navy, I re-enlisted on the back of a camel in Tangier, Morocco,
2)  When I lived in Alaska, I volunteered at a riding stable.
3)  In Hawaii, I participated on an outrigger team.
4)  I’m an amateur photographer, and I post photos on my Facebook author page. 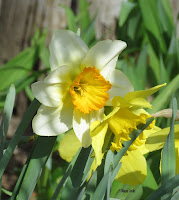 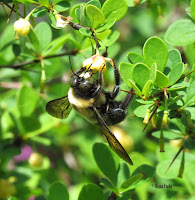 Note: All donations, Paypal or via mail, go directly to the Grayson County, TX. Habitat For Humanity.  http://graysonhabitat.org/


My next book will be An Oath Sworn, book #3 in The Oath Trilogy, which will be released on the 23rd of December.

BOOK BLURB
Giric Armstrong, Earl of Terrick, takes no pleasure in escorting a feisty English lass to her betrothed. But he needs the coin to rebuild his castle, and his tenants need to eat. Yet the trip will not be the simple matter he imagined. For

Lady Sarra isn’t the only one determined to see her engagement fail. Men with darker motives want to stop the wedding—even if they must kill the bride in the process.

How can my readers buy your book?
Readers can go to An Oath Broken’s page at:  http://www.dianacosby.com/anoathbroken.html#buy

MORE ABOUT THE AUTHOR
A retired Navy Chief, Diana Cosby is an international bestselling author of Scottish medieval romantic suspense.  Books in her award-winning MacGruder Brothers series are translated in five languages.  Diana has spoken at the Library of Congress, Lady Jane’s Salon in NYC, and appeared in Woman’s Day, on USA Today’s romance blog, “Happy Ever After,” MSN.com, Atlantic County Women Magazine, and Texoma Living Magazine.

After her career in the Navy, Diana dove into her passion – writing romance novels. With 34 moves behind her, she was anxious to create characters who reflected the amazing cultures and people she’s met throughout the world.   With the release of her 1st book in her new Scottish medieval The Oath Trilogy, An Oath Taken, which hit bestseller lists in Canada and the United Kingdom, as well as the release of the e Box Set of the MacGruder Brothers series, she’s now preparing for the release of  the last two books in The Oath trilogy, An Oath Broken – 22 June, and, An Oath Sworn – 23 December, 2015!