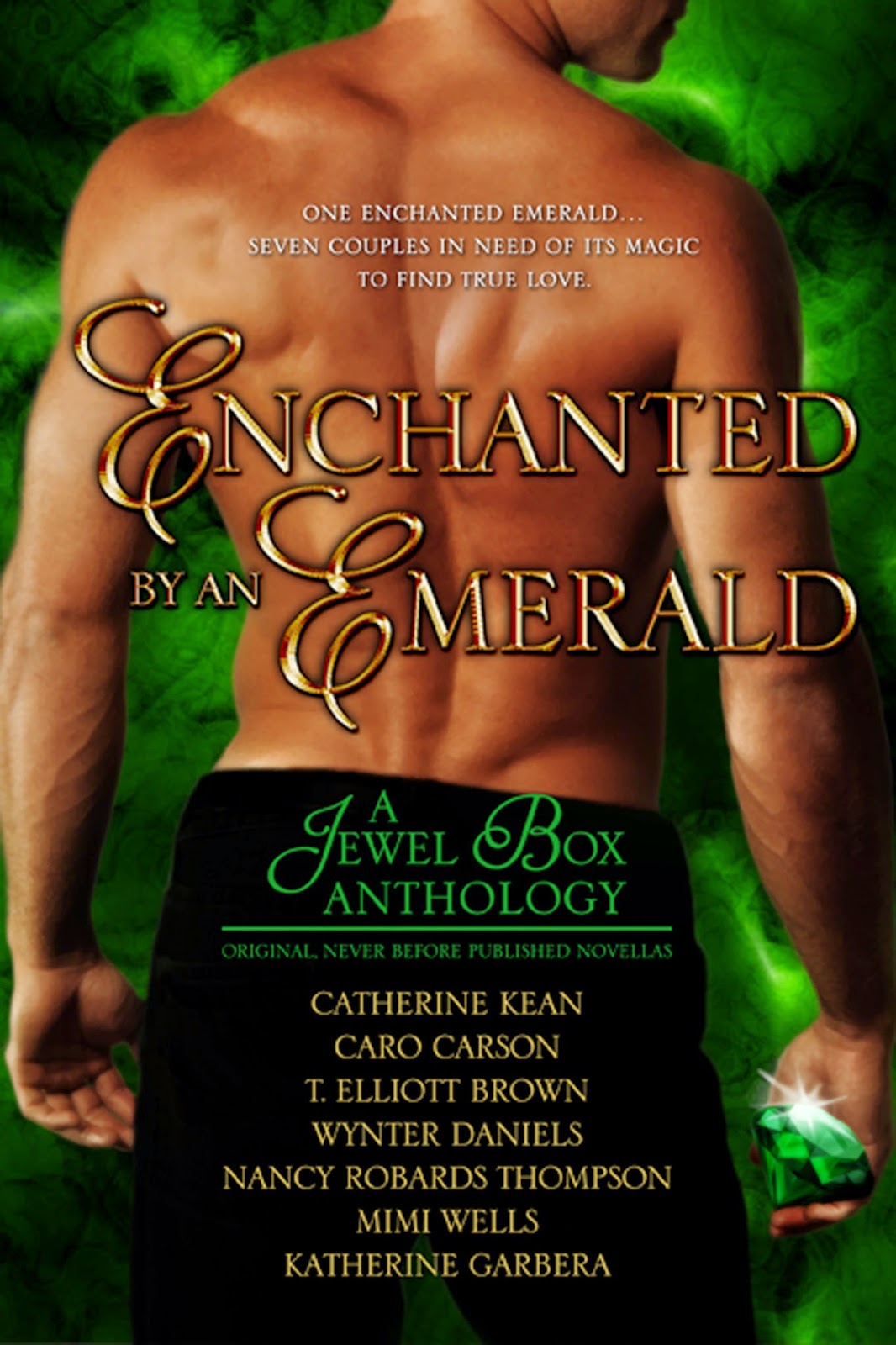 Author Catherine Kean stopped by to share what she's been up to, and what we can expect from her in the near future. Take it away, Catherine!

I’ve often been asked why I write historical romances. To me, writing stories set in the Middle Ages is the perfect career. Many of my life experiences have woven together to create a richly-hued background that I draw upon when crafting my novels. I also rely on that favorite question of all writers: “What if...?”

In my childhood, I loved to read. Often, when I finished a book, I’d wonder what would have happened if the ending had gone differently. My imagination loved to ponder that “what if?” In my teens, my British father took me to England during summer vacations, and we visited castles, museums filled with centuries-old artifacts, historic houses, Roman baths, and the famous standing stones at Stonehenge and Avebury. Every site had a fascinating story to tell.

After I completed a B.A. in English and History (Double Major, first class), I spent a year in London, England studying with Sotheby’s auctioneers. Part of the course included visits to private collections and museums. To me, history was no longer just a textbook timeline of facts. It became tangible, poignant even, represented by everyday objects used by men, women, and children centuries ago. In the oak trestle table that had once been in a manor hall, I saw the scratches left by bowls, mugs, and eating utensils. The silver goblet, gleaming in the museum case, had once held French wine sipped by a nobleman. The jeweled cloak pins lined up on display had held ladies’ garments closed against the biting cold—because in medieval times, catching a chill could be deadly.

Being familiar with items used centuries ago isn’t enough, though, to create compelling stories. That’s why, whenever I start a new book, I contemplate the characters themselves—their heartfelt dreams, deepest desires, and emotional conflicts—and ask, “What if…?”

For my latest release, A Knight to Remember, one of seven novellas in the Enchanted by an Emerald anthology, I wanted to write a reunion story. What if my heroine had fallen in love years ago but the relationship didn’t work out because her young lover had other responsibilities? What if, in the time they’d been apart, they’d both changed enough that there was a second chance at true love?

My imagination seized the idea and ran with it.

On her way to the local market, widowed Lady Aislinn Locksmeade spies a naked, unconscious man lying in the forest.  He’s been beaten and left for dead.  He also resembles Hugh Brigonne, the skilled young archer she loved when she was fifteen, but who left her for the big city of London and a promising career in the king’s guard.

Is the wounded man Hugh, twelve years older, or not?  He could be a wanted criminal. Determined to know the truth, Aislinn takes him to her castle to be cared for until his identity is known.  Not willing to risk her safety or that of her servants, Aislinn has him tied to the bed, intending to release him if he is indeed Hugh.  However, when he wakes, he has no memory of the attack or what happened to him.

He’s a charmer, though, just like Hugh. He’s right handed, like Hugh. And in his determination to get free from his bonds, he shows the strength of character that was so compelling in her young archer.

Another trip to the market is the catalyst that unlocks the man’s memories. He is indeed Hugh, and lord of a rich estate. He was on his way to visit Aislinn, and there’s far more behind his attack than a robbery. With Aislinn’s help, he captures the thugs responsible and at last, is able to tell her what’s in his heart. It’s a wonderful second chance at true love, and this time, “what if…?” ends up being forever.
Here’s the back blurb for A Knight to Remember:
When widowed Lady Aislinn Locksmeade finds a naked, unconscious man in the forest, she wonders if he’s Hugh Brigonne, her first and only true love. When he wakes, he can’t remember who he is or what happened to him. Does she dare to love the roguish stranger, or is there far more danger than risking her heart?

An excerpt from A Knight to Remember © Catherine Kean:

Safe, she’d said. Yet, he was tied to the bed.
Was she a friend? Or was she his enemy?
He must keep her talking, charm her, and find out for certain.
“Where is here?” He tried again to turn his head to see the rest of the chamber. Stabbing pain raced through his skull, and he stilled, closing his eyes against a violent wave of dizziness and nausea.
“You are at Pendersley Keep,” she said. “Please, do not try to move. You have a bad head wound.”
“So I gathered.” He groaned, hating to sound weak, but the pain was almost unbearable. “What happened to me?”
“You do not remember?”
A plea wove through her words, as if she hoped he did know what had befallen him. He fought the agony in his skull and struggled to recall even one small detail.
His mind was as blank as an unmarked wax tablet.
He was about to shake his head, but at the last moment recalled ’twould not be a good idea. “Nay, I do not remember,” he said, disappointment heavy in his voice.
“Try,” she urged. Again, a plea. Now, it shone in her eyes.
Eyes that beautiful he’d never forget.
“I have,” he ground out. “My mind is…” He tried to lift his right hand to gesture, but remembered again that he was restrained. His frustration merged into a flare of anger. “While I may not have my memories, I do know that friends do not tie each other to a bed.”
A flush stained her cheeks. “True, but—”
“Unless, of course, ’tis some wicked form of seduction—”
“What? Nay—”
“—and in that case,” he said with a grin, “you have me completely at your mercy, love.”

Where to buy Enchanted by an Emerald Anthology Print edition: HERE 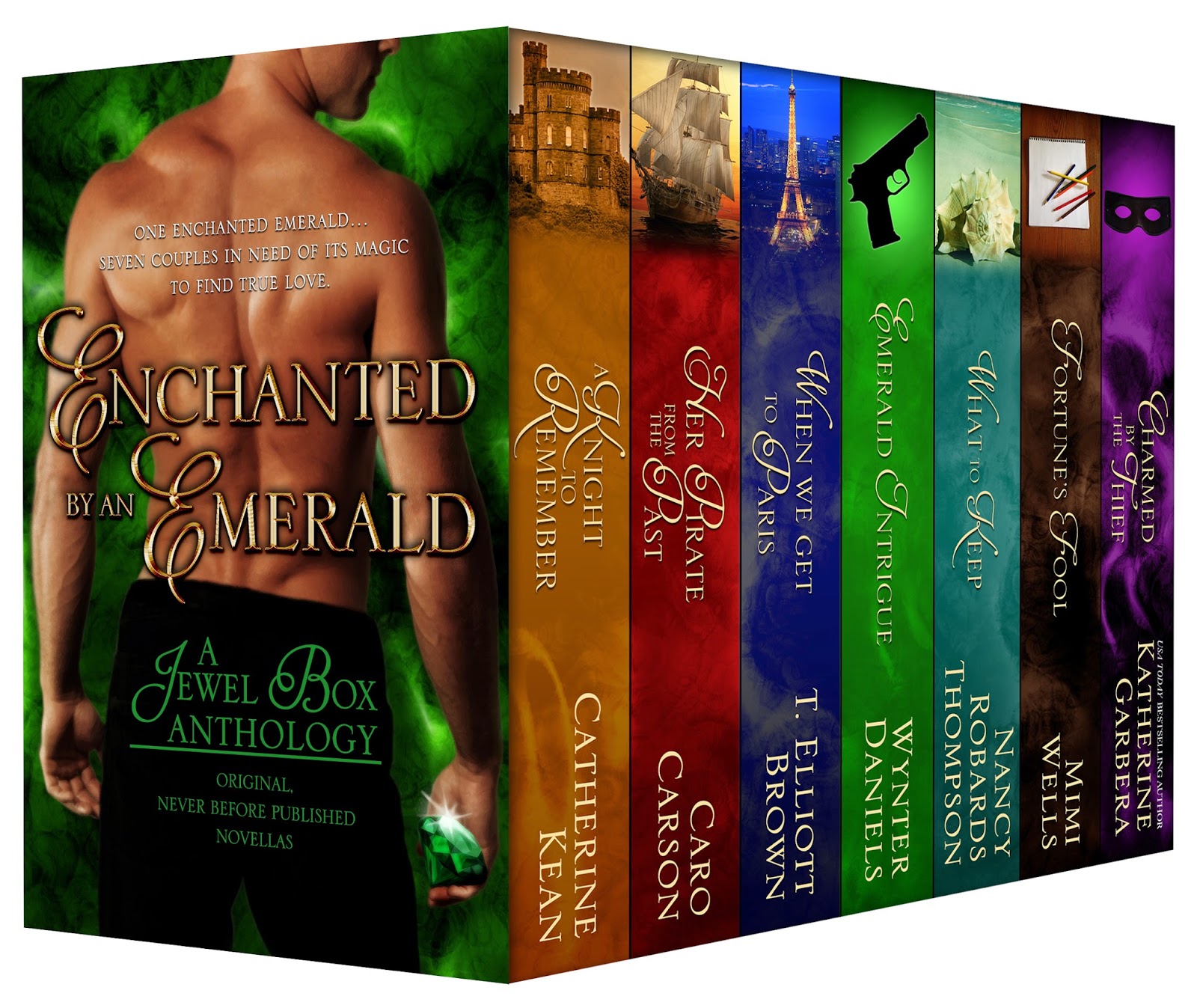 What’s next for Catherine?
I’m currently working on a medieval Christmas novella, to be released in late November or December. It’s a reunion story as well, and I’m having a lot of fun with my heroine. J  After that, I am planning to finish A Knight’s Seduction, the fifth and final novel in my Knight’s Series. I’m receiving a lot of email from readers who are impatient to read that book. I just wish I could write faster (or in my sleep).

Author Bio
Award-winning author Catherine Kean’s love of history began with visits to England during summer vacations, when she was in her early teens. Her British father took her to crumbling medieval castles, dusty museums filled with fascinating artifacts, and historic churches, and her love of the awe-inspiring past stuck with her as she completed a B.A. (Double Major, First Class) in English and History. She went on to complete a year-long Post Graduate course with Sotheby’s auctioneers in London, England, and worked for several years in Canada as an antiques and fine art appraiser.

After she married a tall, handsome, and charming Brit and moved to Florida, she started writing novels, her lifelong dream. She wrote her first medieval romance, A Knight’s Vengeance, while her baby daughter was napping. Catherine’s books were originally published in paperback and several were released in Czech, German, and Thai foreign editions. She has won numerous awards for her stories, including the Gayle Wilson Award of Excellence. Her novels also finaled in the Next Generation Indie Book Awards and the National Readers’ Choice Awards.

When not working on her next book, Catherine enjoys cooking, baking, browsing antique shops, shopping with her daughter, and gardening. She lives in Florida with her husband, teenage daughter, and two spoiled rescue cats. Links: 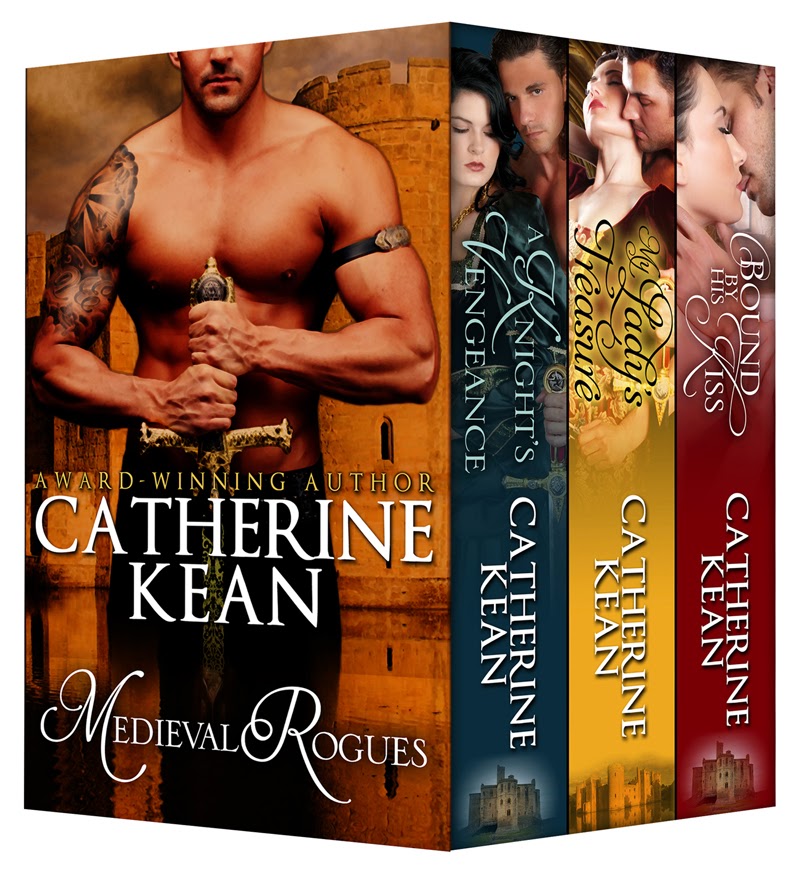 And the Winner is: KIMI C!

a Rafflecopter giveaway
Posted by Nancy Lee Badger at 1:00 AM