Preview of The Melting, Book One - The Infection by Donna Steele 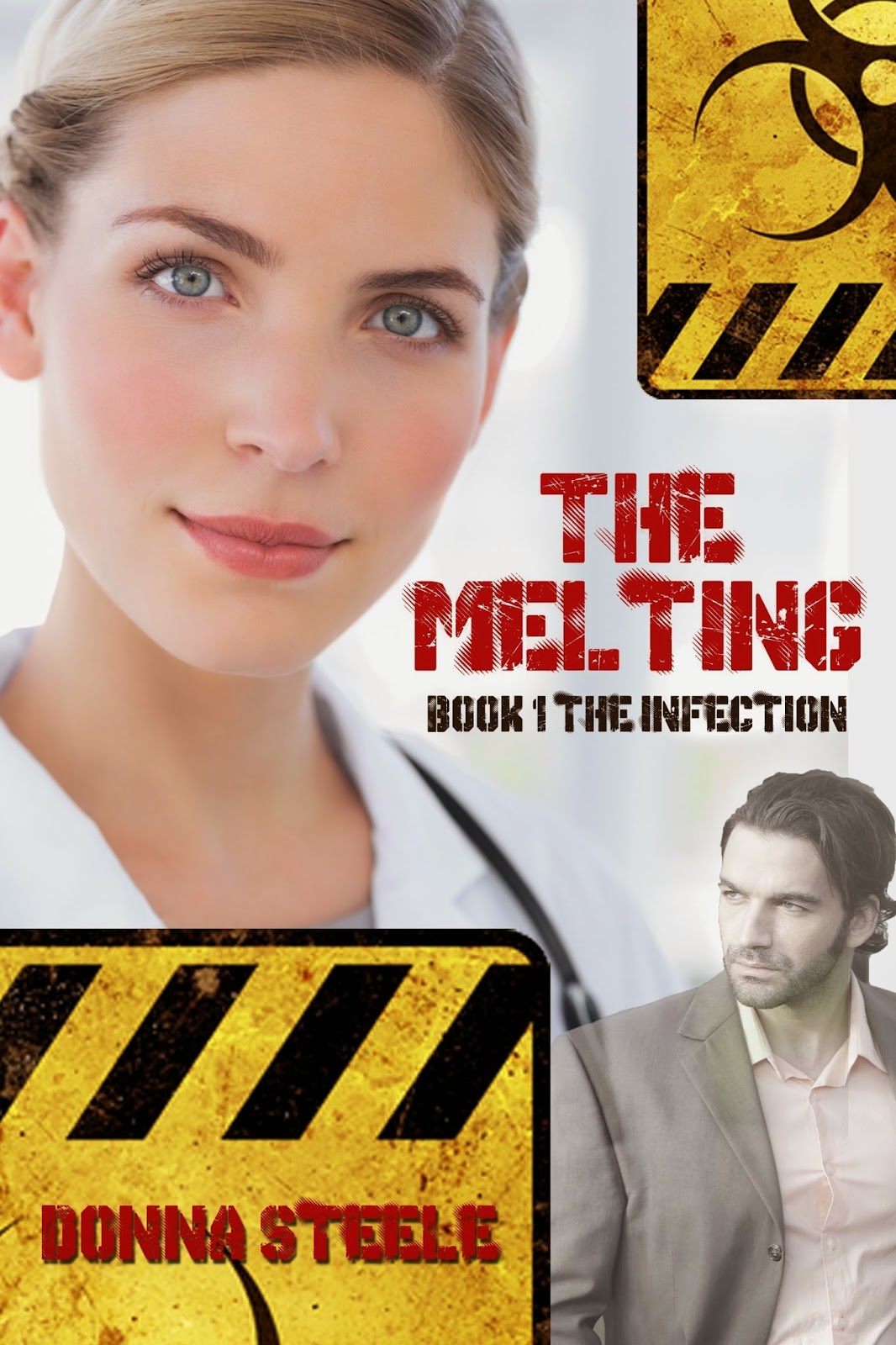 Thanks so much, Nancy for having me here today! I am so excited. The first book in my Melting series – The Infection – is coming out June 3. This is a story very close to my heart and I've loved writing it. The first book would be considered science fiction but the story morphs into paranormal as the series progresses. I've played with this idea for ages, years even and getting to share it finally is a dream come true.

A little morbid maybe, but I've always loved those stories of the end of the world and the day after – The Hammer of God by Larry Niven, On the Beach by Nevil Shute and of course The Stand by Stephen King. I love the way the characters cope and move on (or don't as the case may be). I also love to incorporate green and sustainability into my stories, and I was able to do both here.
I'll be giving an ARC to one lucky commenter today.
David and Amanda feel like old friends now and I enjoy visiting with them. Book two is completed and will be sent off shortly, and three is well underway. Thought I'd share an excerpt with you today –

Book 1 -
Amanda was late again. She really needed to work on her time management skills. She slipped her key into David's door to let herself in. His car sat out front but he was often in the shower when she arrived, which saved them both a lot of time in getting naked. She wanted to laugh at the wicked grin she could feel on her face.
He was at the door before she could open it fully and he did not look happy. In fact, he looked upset and could there be a little fear? "David?"
"Could I meet you—" David began but a female voice interrupted.
"You're not going to let your little friend in?"
Amanda heard the uber-confident female voice. Was this the famous Phyllis? It had to be for him to look this uncomfortable. She and David had not talked about Phyllis after the first time they'd been together. David had obviously not wanted to discuss her. Amanda knew instinctively this was the woman she had not sent any thank you note.
David closed his eyes, but opened them at the feel on her hand on his. "It's okay. I want to meet her."
He seemed to attempt to relax and took a deep look into her eyes, then he stepped back.
Amanda moved forward before the other woman could, her hand out. "Hello, I'm Amanda Sutton." Ah, it was the brunette from the cocktail party.
"Phyllis Lawrence, an old friend of David's." She shook Amanda's hand firmly, eyeing her. There seemed to be a look of recognition in her eyes. She obviously noted when Amanda lay her purse casually on the table in a familiar manner.
"Please, why don't we all sit down?" Amanda moved to the couch, acting as hostess and saw David quickly assume a bland expression, though his eyes were smiling. "Would you like something to drink?" She offered to Phyllis.
The woman seemed unhappy with her. Amanda was a little surprised herself at her chutzpah. But it felt good and right. She and David were together, more together than anyone had ever been in her life. David had her back and Phyllis seemed more than a little uncertain at the way things were moving.
Reluctantly Phyllis took a seat in the chair as David perched on the arm of the couch, beside and above Amanda. Phyllis's eyes narrowed.
Amanda waited. One thing she had learned from her father was the power of silence. Women didn't like it and tried to fill it up. As his "son" she had done her best to emulate that kind of thing.  It seemed to be working.
Phyllis finally spoke, though her annoyance at being the one to break the silence obviously bothered her. "How long have you two been seeing each other? I haven't heard David mention you."
"A little while. We met at some dull function on campus and escaped together." She smiled up at him and his hand lightly squeezed her shoulder.
"Have you known David long?" One of those conversations, so Amanda might as well jump on in. She already knew the answer.
"Yes. We've been friends for years. He was only a lecturer when we met."
Amanda smiled. "A lot of things have changed. Tenure and full professorship."
Phyllis's smile diminished, she'd heard what had really been said. "Well, I guess I need to be on my way. I only stopped by to see if David was free for an art show tonight."
David, already rising to get the door, spoke. "Sorry. I'm sure it would have been fun, but we do have plans," Amanda smiled and allowed the other woman to stand above her. The looming didn't bother Amanda at all. She saw clearly when Phyllis noted her easy confidence.
"Well, it was good seeing you." Phyllis gave David's cheek a quick kiss and she left the apartment.
With what looked like disgust on his face, David shut the door and joined her on the couch, his head hanging. Amanda wiped the bright red lipstick from his cheek and he followed suit, to ensure every bit of the color was totally obliterated.

Even though Donna's book isn't coming out until June, you can get a taste of her wonderful writing by downloading her other books. i just finished reading Wraith's Heart. I didn't think a ghost story could bring me to tears, but this was awesome!-Nancy Lee 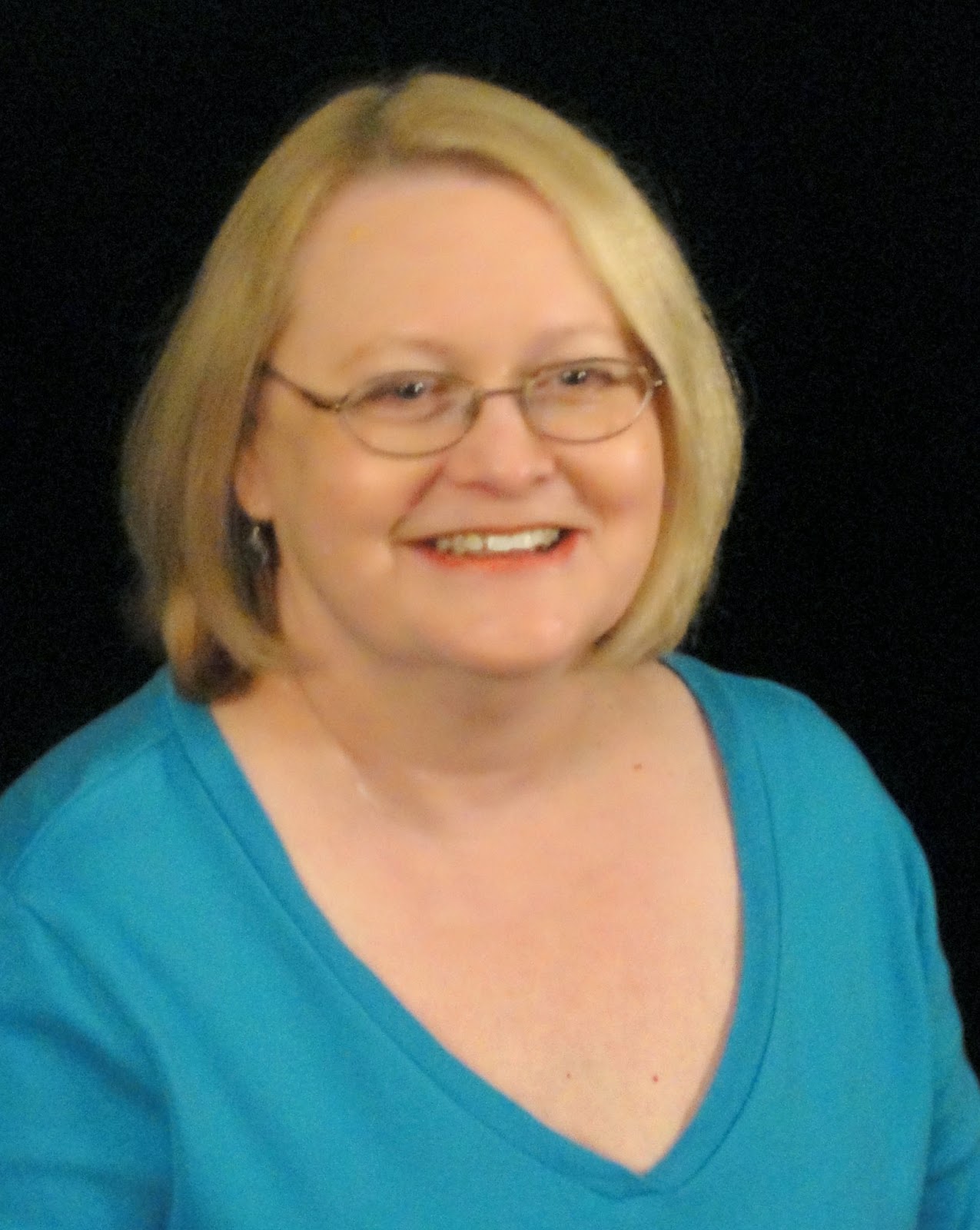 I write science fiction , paranormal and women’s fiction romance eBooks about women coming into their
strength and having the courage to find and accept love. As an empty nester with my beloved best friend and husband (who actually encourages this mad passion of mine) I write all the time – whether or not I have a pen or keyboard handy.

Ever since I learned to read—from Superman Comics, Dick, Jane and Sally held no appeal—I’ve wanted to write. The possibilities of science fiction have always drawn me and I’ve read them all.  There just needed to be a little more romance in them. I finally got up the courage and I’m delighted that I’m able to share these stories with you.

My small town romance novels – Homecoming, Welcome Home, Red Shoes, Nowhere for Christmas and Dance Partner  are available at all eBook vendors. I’m a member of Romance Writers of America, the Fantasy, Futuristic & Paranormal Chapter of RWA and the Heart of Carolina Romance Writers.


You can find a listing of all my books HERE

Leave your contact info, as well, so we can reach our winner!
Posted by Nancy Lee Badger at 12:30 AM