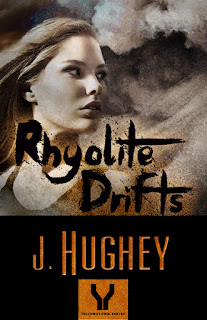 Author J. Hughey stopped by to talk about her book Rhyolite Drifts: Yellowblown™ Book Two. It is a New Adult contemporary romance and was released on May 5, 2015. Please tell my readers a little bit about your book.

J Hughey- Rhyolite Drifts is the second book in my Yellowblown™ series in which the Yellowstone caldera erupts, causing a major interruption in the life of Violet Perch, a college sophomore enjoying the perfect semester. In book one, Eruption, she was rooming with her best friend, Mia, and finally hooking up with her freshman crush, Hotness, also known as Boone Ramer, who is everything she ever imagined and more. Then, blammo, a major part of the western U.S. is flattened, volcanic ash starts filtering down all over North American, and school is eventually closed. She and Boone get a few more weeks together in her hometown of Sycamore Springs, Indiana, but, despite his parents discouraging the trip, he realizes he has to go find his family. Violet is understandably bummed out about the separation that she thinks he intends to make permanent. And with the human race possibly facing extinction, it may not be entirely up to him, anyway.

J Hughey- In Rhyolite Drifts, Mia and her gangster little brother appear on Violet’s doorstep. We get to know them and a whole cast of small town characters as Violet and her family work to survive in a world that is slowly devolving back to one of raw survival. Of course, the gut-churning question that Violet does a great job of hiding from everyone else: will Boone come back? He’s gone silent. She doesn’t know if that is by choice or because communications are so spotty, or if he’s dead…. Should she wait, or should she get on with her life in whatever way she can?

Nancy- Describe the genre of this particular title.

J Hughey- Oh, the genre, the genre. The Yellowblown™ series is an unexpected mix of New Adult contemporary soft-apocalyptic romance. (No zombies.) What do some of those terms mean? New Adult means the main characters are in the college-transitioning-to-adulthood phase, and soft-apocalyptic…well, a reviewer put it very well by saying that despite this global catastrophe the story is not in “shades of never-ending gray.” The characters are still leading interesting lives—and trying to plan for their futures—beneath an umbrella of impending doom. Violet and Boone’s growing romance is a steady thread throughout, but the story involves many people and how they cope—or don’t cope—in these very odd circumstances.

Nancy- Is it the only genre you write in?

J Hughey- I also write historical romance in my Evolution Series – Charlemagne’s Heroes, set in the 800s in Europe. So, a little different than the volcano thing, but I love historicals. It’s still my favorite genre to read.

J Hughey- Most of the time, I write at my kitchen table, or I sit on the front porch when weather permits. In either spot, I have a nice view of our landscaping and the woods—we live in the sticks in Pennsylvania—so I can sort of stare into the greenery and think. I also prefer quiet, quiet, quiet. Any other words in the background, either in music or something on TV, jumbles up my brain. Even instrumental music is too mood-setting for me. Gotta stay in the zone! I’m very musical, but the whole concept of a song list for a particular book or tone is absolutely anathema to me.

J Hughey- I am a one-person operation and, like most authors, what I want to do is WRITE, so I really struggle with balancing my productive time with finding the right promotions. I like BTS eMag, so I try to be consistently active with them. I’ll run specials on some email lists like eReader News Today and Fussy Librarian. I’m in the middle of trying a review “service,” and I love visiting blogs like this. I also have my own blog and newsletter. Like most authors, I don’t have the luxury of writing as a full-time job, so sometimes it all just feels overwhelming. At those moments, I try to do a few mundane tasks, then get back to a story, because the writing work gets me out of that nervous-stress frame of mind.

Please Share three fun facts about you that most people don’t know.
1) I take voice lessons and sing classical soprano pieces.
2) I was Franklin County Apple Queen sometime around 1984.
3) My college degree is in geology, hence the volcano books.

J Hughey- Right now I have three projects vying for attention in my head. They are Yellowblown™ Book Three, a historical romance that will introduce the next generation of my Evolution Series, and a new concept that has me reading Bullfinch’s mythology book. All of these are in the outlining, character-building stage while I’ve been taking care of some other business with earlier books.

Rhyolite Drifts BOOK BLURB
Abandoned by Hotness.
Held hostage by the Yellowstone eruption, I’m stuck at home instead of loving life at college.

Sanity is restored when my college roommate arrives, but I’m still trapped in my hometown with a bunch of people just trying to survive. Some of them are surprisingly interesting, like the HAM radio opera singer lady. Or the pop star who crushes on me while waiting for an air filter for his tour bus.

Unfortunately there’s also my roommate’s gangster little brother who pushes Grandma to her conservative edge, and the local entrepreneurs determined to capitalize on hard times. They tick me off.

Despite all this I’m determined to find a path to the fabled land of Adulthood even if my heart is broken and all the roads are ash covered.
And where the heck did that Nebraskan cattle rancher go, anyway? 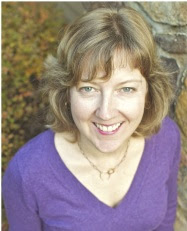 J. Hughey knows what a girl wants. Independence. One or two no-matter-what-happens friends. A smokin’ hot romance. A basic understanding of geological concepts. Huh? Okay, maybe not every girl is into geology, but J. Hughey is, and in the Yellowblown™ series she combines her passion for a timeless love story with her interest in geeky stuff to help Violet Perch get a life, despite an ongoing global catastrophe.

J. Hughey also writes historical romance as Jill Hughey. She lives in Pennsylvania with her husband and two teenage sons and works part-time as a business administrator. For pure enjoyment, she takes voice lessons and performs locally as a classical soprano. You can find more information about Jill Hughey here: