2014 brings some changes to my blog, and I am happy to start the year off with an article by author John Reinhard Dizon. John stopped by to discuss the role of gender. Learn more about how his used this subject in his latest release, The Bat.

The role of gender in The Bat is highly significant as we consider the impact of female protagonist Brenda Hammond on the narrative. The tone of discontent is prevalent throughout as Brenda realizes she is being exploited by Chief Joel Madden in the exchange of information as an undercover operative for the detective badge she desires. Her romantic involvement with Johnny Sullivan, a member of the group of interest, is being leveraged by Madden to his own benefit in trying to win Brenda’s affections. She is also stressed by having to compromise Richard Garrison and Dr. Coulter, conflicted by having to betray their personal trust in pursuing her professional objectives. She compares her situation with others in her department and realizes she is being exploited as a female rather than being able to rely on sheer ability to succeed in the investigation.

Holly Westlake rejects the gender norms in her act of suicide caused by the abusive relationships she has endured. Her deceased husband gave her a life of uncertainty and risk as a professional gambler, and after his murder she existed under the threat of blackmail as the Mob pressured her for her husband’s ‘black book’. In turning to Dr. Coulter, she finds a lover and a therapist who betrays her by using his experimental DMX-1313 drug on her. The omniscient narrative implies that Holly killed herself out of desperation. Yet scholars might consider the possibility that Holly may have sacrificed her life to have placed the ‘smoking gun’ in the untouchable Doctor’s hand.
We find Darla Mc Carthy reaffirming the gender norm as the stabilizing female character in the novel. She takes the initiative in kindling a relationship with Richard Garrison, then recedes as he reestablishes contact with his own emotions. Unlike Tommy O’Hara’s girlfriend Jill Masterson, she succeeds in breaking down Richard’s walls while strengthening both their relationship and his own overall self-perception. She leads Brenda and Jill by example in improving their own relationships without being didactic or self-righteous. Darla becomes a ‘mother earth’ figure of serenity as opposed to Brenda being a damsel in distress and Holly having opted out rather than seeking resolution to her struggles.

The Bat continues in the tradition of John Reinhard Dizon’s works in discussing the role of gender in society and literature, examining the cause and effect of cultural projections on women and how personality, psychological outlook and overall character determines social outcomes. The ‘second class citizen’ viewpoint is not only questioned but rejected in this essential viewpoint on female perspectives.

Nightcrawler is another action/adventure novel with a strong female protagonist who may appear as an anti-heroine forced into a situation beyond her control. It’s being released by Black Rose Writing this month, and we hope it is going to be another essential contribution to the women’s fiction genre. 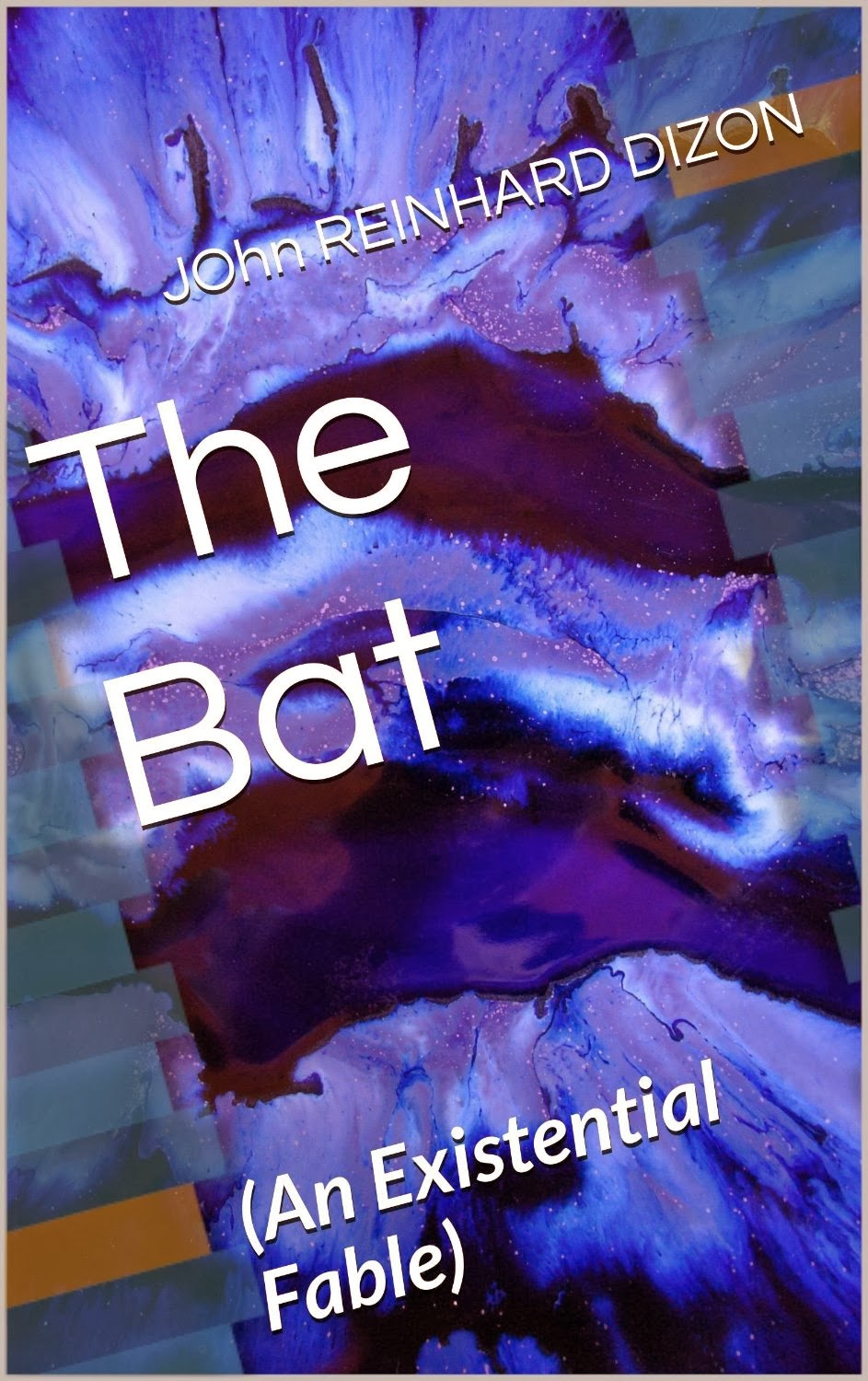 BOOK BLURB
The Bat (An Existential Fable) is an action-adventure novel centered on the not-too-distant future in NYC as the Big Apple becomes the beacon of the world in the throes of the Great Recession. Existentialism becomes a philosophical alternative to religion in a city that has lost hope in the future. Crime is rampant as narcotic use has reached epidemic proportions, and vigilantes began to capture the imagination of the world press as they take a stand in the War On Gangs.

Excerpt from The Bat
She tried to struggle but it was as if the blow to her neck had drained all the strength from her body. They carried her into the tunnel, into the darkness, then dropped her upon what seemed to be a padded surface. She could hear a knife being flicked open, and felt a hand grab her by the front of her shirt and lift her off the ground.
“I think you guys are in for a big disappointment,” she heard a booming voice at the entrance of the tunnel behind them. “This is not going to be worth it.”
They looked up in amazement at a dark silhouette blocking the lamplight outside the tunnel. They saw what looked like a man in a hat and long coat, hands in pockets. They looked past him and saw no one else. They determined that he had no visible means of escape, and could not be carrying much more than a handgun. They knew Julio was carrying a .22, and could exchange fire with the intruder long enough for them to retreat if necessary. Julio and two others moved towards the right, while the other three Raiders moved to the left.
Julio had no choice but to empty his clip of .22 rounds at the man. The new anti-gun laws in NYC provided for a mandatory ten years in prison, but Julio saw no other option. The man staggered but did not drop, suddenly surging forward and tacking Julio to the muddy ground. She recalled a vicious scuffle followed by deathly silence.
“This should teach you a lesson,” she would The Bat’s voice as a sexy growl in her nightmares. “This park isn’t safe for anyone.”
She tried to call out to him but the cumulative shock swept her into unconsciousness.

How can my readers
buy your book?
Check out John Reinhard Dizon’s
Amazon Author Page

A little bit about the author
John Reinhard Dizon was born and raised in the Cobble Hill section of Brooklyn, NY. He participated in local and high school sports at Bishop Loughlin MHS. He was a key figure on the Brooklyn rock scene during the Punk Revolution of the 70's. Relocating to San Antonio TX in the 80's, he moonlighted as a pro wrestler while pursuing a BA at UTSA and degrees in Korean martial arts during the 90's. He currently lives in KC MO where he is studying for his MA in English at UMKC.
You can find more information about John Reinhard Dizon and my book, The Bat (An Existential Fable) by visiting: