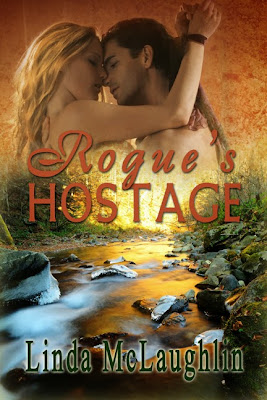 Author Linda McLaughlin stopped by to talk about her latest release. Her book, Rogue’s Hostage is a historical romance and was released in February. Please tell my readers a little bit about your book.

Rogue’s Hostage is the book of my heart, or at least the one that bubbled up out of my gut. I wrote it during one of the most traumatic periods of my life, after the sudden death of my mother, and only after it was finished did I realize that the heroine, Mara, was in many ways patterned after my mother.
This book is also special because it’s set in the area I grew up in, Western Pennsylvania. I’m a Pittsburgher, and I got the idea for the book while researching the history of the city. The spark for the story was the fact that, during the French & Indian War, the French officers at Fort Duquesne, many of whom were aristocrats, would shed their uniforms and don loincloths and moccasins to lead raiding parties on the English settlements. I thought that was in intriguing idea for a romance hero, and the character of Jacques Corbeau was born.
Describe the genre of this particular title, and is the only genre you write in? 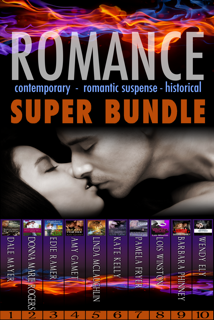 Rogue’s Hostage is an old-fashioned historical romance, with lots of history and adventure. It’s a captive story set during the French & Indian War. Most of what I write is historical, but I’ve delved a bit into fantasy romance and science fiction romance under my pseudonym, Lyndi Lamont.
I helped my hubby research relatives who fought in that war. An interesting time in America's history. Did you have several manuscripts finished before you sold? If so, did you send them out yourself?
I had two manuscripts finished before I sold, one of which was Rogue’s Hostage, but it wasn’t the one that sold. That book was a contemporary romance written with my friend, Anne Farrell. It was published by Zebra in April 1998 as Private Affair by Lyn O’Farrell, part of their Precious Gems line. We have since re-issued it in e-book form under the title Worth The Risk.
Rights reversions gives you that freedom to republish, and get your work in front of more readers! Do you have any rejection stories to share?
Oh, yes. My favorite rejection story is when I sent Rogue’s Hostage to a NY publisher. When I didn’t hear back after about four months, I sent them an inquiry about the status of the ms. Someone wrote back to say they never got it and could I resend it, so I printed out another huge paper ms. and mailed it off. Another $20 or so down the drain.  About a month later, I received a rejection. At the time, I had a sneaking suspicion that the rejection was for the first manuscript. (When did NY ever turn anything around that fast?) When I received another rejection from a different editor about a month after that, I knew the first manuscript hadn’t been lost at all; they had just lost track of it. At that point, all I could do was laugh. 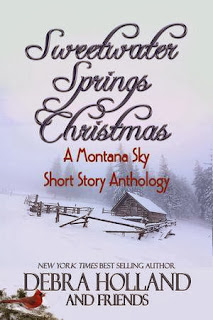 I sold the book to Amber Quill Press, and felt validated when it received a 4 ½ Star review from Romantic Times and was nominated for a Reviewer’s Choice Award for Best Small Press Romance of 2003. This year, the rights reverted to me and I reissued the book.
What sort of promo do you do? Do you have help?
I’m still learning in the promo department. I do blog occasionally, though not with the kind of regularity you do. I love Twitter, and use my account to promote other authors more than myself. I’m a Facebook newbie, having joined only this year, and I’m still learning there. The only help I get is from other authors who tweet and share for each other. Someday, I’d like to be able to hire an assistant to help with the blogging, since it’s so time consuming. 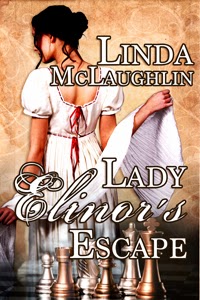 Let's tweet together! Promotion is important. Are you a member of any writing organizations and, if so, have they helped?
Yes, I’ve been a member of Romance Writers of America and the local Orange County California chapter for many years now. I’d never have become published without the help of this organization. It’s amazing how much one can learn from chapter meetings and workshops at the national conference. I recommend RWA to anyone who wants to write romance fiction. In the last year and a half, I’ve gotten involved with Indie Romance Ink and found, again, that romance authors are the most generous and sharing souls in the writing world. This time the learning curve has been more technical than craft-oriented, but I’ve found a huge amount of information about self-publishing and promo.
This year, I participated in two group projects: the Romance Super Bundle, a boxed set of ten romance novels, and Sweetwater Springs Christmas: A Montana Sky Short Story Anthology by Debra Holland and Friends. I contributed a holiday short story to the latter called The Best Present, about a ten-year-old girl experiencing a difficult Christmas. There are so many opportunities for authors today. It’s an exciting time to be a writer!
Please Share three fun facts about you that most people don’t know.
1) I married for the first time at the age of 40, after a 9 ½ year courtship.
2) When I was a kid, we once ate Christmas dinner at White Castle in North Carolina.
3) In my twenties, I went to Australia where a friend talked me into a camping tour of Tasmania.

What’s next for you?
I’m working on a Western romance set in post-Civil War Texas.

In 1758 the Pennsylvania frontier is wild, primitive and dangerous, where safety often lies at the end of a gun. Mara Dupré's life crumbles when a French and Indian war party attacks her cabin, kills her husband, and takes her captive. Marching through the wilderness strengthens her resolve to flee, but she doesn't count on her captor teaching her the meaning of courage and the tempting call of desire.

French lieutenant Jacques Corbeau's desire for his captive threatens what little honor he has left.  But when Mara desperately offers herself to him in exchange for her freedom, he finds the strength to refuse and reclaims his lost self-respect. As the shadows of his past catch up to him, Jacques realizes that Mara, despite the odds, is the one true key to reclaiming his soul and banishing his past misdeeds forever.

Rogue’s Hostage is also part of the Romance Super Bundle, a boxed-set of ten full-length romance novels by ten authors, available at all major e-book retailers for one low price. You can find more information at my website: http://www.lindamclaughlin.com/RSB.html

MORE ABOUT THE AUTHOR
Linda McLaughlin grew up with a love of history fostered by her paternal grandmother and an incurable case of wanderlust inherited from her father. She has traveled extensively within the United States and has visited Mexico, Canada, & Australia. A lifelong dream came true with a trip to England where she was able to combine sightseeing and theater with research for her novels. A native of Pittsburgh, she now lives in Southern California with her husband.

Her first book was Worth The Risk by Lyn O'Farrell. Now Linda writes historical and Regency romance. She loves transporting her readers into the past where her characters learn that, in the journey of life, love is the sweetest reward.


How can my readers buy your book?
Rogue’s Hostage is available at
Amazon    Barnes and Noble
iBooks    Smashwords    ARe