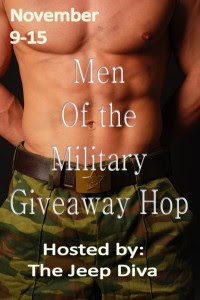 I am an Army Mom. I have been since 2002, when my youngest son joined the army on their delayed entry program. He was 17, just ready to start his senior year at high school. It was 2 weeks after his 18th birthday when he left on a bus for Basic Combat Training.

Fast forward to many years after he had served in Germany and Iraq. He is now safely home, living nearby, a Drill Sergeant in the army Reserves, and about to graduate college. I asked his help while writing a short story with a military theme for Whispers Publishing.


In UNWRAPPING CHRIS, Army widow Jayne Rockwell searches for a secure future for her and her two daughters. Staff Sergeant Christopher Hawkins regrets leaving young Jayne eight years ago to go off to war.
A crash encounter a week before Christmas thrusts these two lonely people back into each other's lives once more. Jayne must learn to trust a man who disappeared with her heart. Chris must overcome the guilt of taking her innocence, and then leaving her heartbroken and alone.


A Christmas wedding brings them closer when Jayne spies him as a groomsman in Highland dress, complete with kilt. He cannot keep his eyes off the woman in green velvet wearing a wedding ring. Accusations, explanations, and remorse leads to a love that erupts among candlelight, Christmas carols, and a dark room. Who needs mistletoe?
Fast Forward to last September when I released my latest book, MY BANISHED HIGHLANDER. Scottish warrioirs of the Highlands join forces to fight a sorceror bent on killing my hero's cousin, the laird of his clan. When his clan convicts Cameron Robeson of treason in 1598 Scotland, the last thing he thought his cousin the Laird would do was banish him to the future.
With a certain woman on his mind, he plans revenge while surrounded by the sights and sounds of the modern day New England Highland Games. His plans go awry when a comely redheaded lass wearing the Mackenzie plaid lands at his feet.


Iona Mackenzie is worried about her friend, Haven, and searches for answers among the tents at the games. Whom can she trust to help? Her father? The handsome blacksmith? Or, the tall, golden-haired Highlander? Romance takes a back seat because saving her friend is her priority, no matter how great Cameron can kiss.
When a magical amulet and an angry sorcerer send this unlikely couple back through time, more than one heart will be broken. Danger, intrigue, and threats surround them, and feelings between Iona and Cameron grow hot and steamy. They fight the sorcerer and search for Iona’s friend, the woman he vowed to steal from his cousin. Will the strong-willed Highlander and the present day witch stop fighting long enough to listen to their hearts?


War and warriors might have changed over the centuries, but here in the United States of America, we celebrate our veterans on November 11th. The Jeep Diva, host of the Blog Hop, will be donating $$$ to the Wounded Warriors Program. 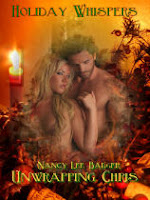 *please remember to leave your email contact info. Thanks! Winners will be chosen Noveber 15th.
Show More
Show Less
AND...for a chance to win LOTS OF OTHER PRIZES...
Hop on over to other participating blogs, below.