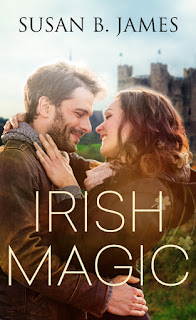 I invited fellow Soul Mate Publishing author, Susan B. James, to share her new book with my readers. My big questions for her is...Why Irish Magic?

Thanks, Nancy. I wrote Irish Magic after a long-dreamed-for trip to Ireland where I visited Lisdoonvarna’s famed matchmaking festival. Since I didn’t find the festival as magical as I hoped I changed the name of the town to Cluhalaugh. This is my first contemporary romance. I skewed it with a tough of magic. I couldn’t find much about Leprechaun lore so I created my own legend where leprechauns could mate with humans, creating a half leprechaun. I also decided fairies could play be the same rules so there is a halfling fairy in the story.

Book Blurb
What do you do when everything goes wrong?
Make a wish on a four-leaf clover, right?
There’s no other logical way out of it!

But a clover wish is a heart wish. Everyone knows that.
When part leprechaun, Bradley Flynn, is charged with finding Kate’s true love, he calls on retired matchmaker, Essie O’Callaghan, who happens to have a mission of her own.
Dr. Michael Walshe had a ring in his pocket when he walked in on his girlfriend sleeping with her costar. He wants no part of Essie’s plan to find him a wife.
Fate – or something more leprechaun-shaped – has Kate and the doctor both heading to Cluhalaugh, home to Ireland’s most famous matchmaking festival. And somehow their paths keep crossing. The more they see of each other the harder it is to resist exploring their reluctant attraction. Will Kate realize that Michael could be far more than the cure to her writer’s block? 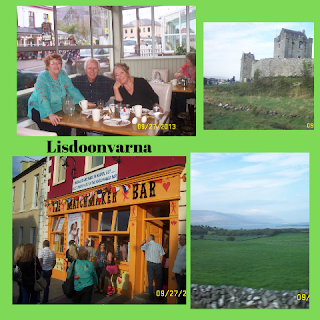 Excerpt
The Abbey Court dining room was almost full. Kate slid into a seat at the long table next to a man holding up a copy of The Irish Independent. She snuck a look at the lead story. Irish Rail Joins Bus Eireann strike. Another plan down the drain.
“I thought we’d agreed not to eat here again.” Brad loomed over her, eyes bloodshot.
“You sound cranky. Have some coffee.”
“I am cranky. I wake up and you’re gone. Not even a note. I thought you’d run away.”
“If I’d run away, I would have left you a note. As it turns out, I’m stuck with you and Michael.” Kate pointed to the headline in her neighbor’s paper.
“That’s a relief. I wouldn’t want to lose you at this stage. Come on. Let me buy you a better breakfast.”
“I’m fine where I am, thanks. You go ahead.”
“Of all the stubborn . . .” Brad stomped off muttering under his breath.
The jam pot was empty. Kate crunched her dry toast, washing it down with coffee. At least it was free.
Brad returned with two Styrofoam cups of coffee and a plate of toast. “Jam pot’s empty.”
“I know.”
He snagged a pot of jam from the adjoining table and sat next to her. He chugged the first cup of coffee. Picked up the second. “What are you studying so intently?”
“The plan for what was supposed to have been my bus trip.”
“You crossed out Blarney Castle.”
“I had to. Michael said he was giving us a ride to Galway. Blarney Castle’s in the south of Ireland. I thought I could get a train and meet you in Galway. The train map said it was possible. Except there’s no train.” Kate put her notebook back in her purse. “I’ll go check us out.”
“You have to go to Blarney Castle. You’re a writer. It’s your duty to kiss the Blarney stone. I’ll handle Michael.”
“Do you really think you can convince—”
“I do. It’s a lovely drive from Dublin to Blarney. We’ll take the coastal route and spend the night in Cork.”
*.*.*
Kate marveled at the ease with which Brad persuaded Michael to take the detour. Once Brad pointed out that Blarney Castle was only three and a half hours from Dublin and that among other things, it was famous for its poison garden, Michael agreed instantly. Very natural. What doctor wouldn’t want to visit a poison garden? 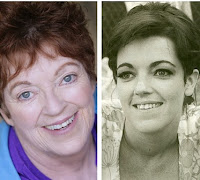 More About the Author
Susan writes second chance romances with a touch of magic as Susan B. James and children’s books as Susan J. Berger. She writes older heroines because she is chronologically gifted and enjoys creating characters who remember that change is only on the outside. Inside our older shells is a much younger psyche. Her second book, Maybe This Time, won the 2019 Raven award for Best Contemporary, the 2019 Readers favorite Gold medal in Time travel and was runner-up for the 2019 RONE Award for Audiobook-General. The audiobook will be out in December 2019. Susan’s other career is acting. On IMDB She is Susan Berger. Connect with her here: