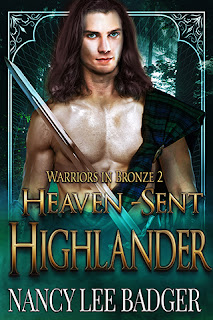 A long time ago, in a pool in Port Orange Florida, I came up with a story based on a Raleigh, North Carolina art museum. My sisters regaled me with stories of the newly opened wing at the North Carolina Museum of Art that included around thirty bronze sculptures by the French master, Auguste Rodin. As an Art major, who has visited numerous museums, I had my paranormal story half written before I ever discovered the Rodin Garden on the museum's one hundred and sixty four acres. The first book in my Warriors in Bronze series, Heaven-sent Warrior, was released last July. Heaven-sent Highlander was released TODAY and I am thrilled.

A Scottish Highlander falls in battle only to awaken beside bronze statues at a present-day museum. Befriended by a beautiful Fae creature and her allies, he must defeat a demon or die.

Another day passed with Henrí sharing his knowledge about the abilities Rodin had instilled in him which included conjuring, blinking, and healing.


“Do I have all these powers? I never met Auguste Rodin.”
“No one spoke odd words to you before you found yourself inside the statue?” Henrí asked.
“Wait. On the battlefield at Culloden. As I lay mortally wounded, someone held me. They comforted me with soft words I could not understand. They forced a vile potion down my throat. Next thing I remember was waking inside my tomb.”
Henrí’s smile made Alex relax. “Alex, that must have been the holy one sent to transport you somewhere, until Heaven needed your help.”
“What?” Although surprised, he knew Henrí spoke true. Who would have such power except someone from Heaven?
“One of our Heavenly masters chose us to be guardians of the gates.”
“I am a warrior, not a gatekeeper.” 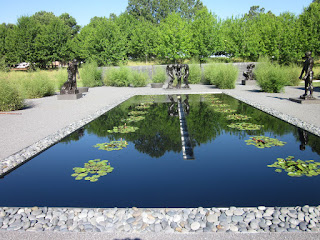 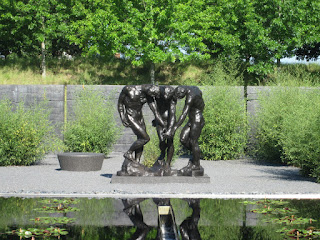 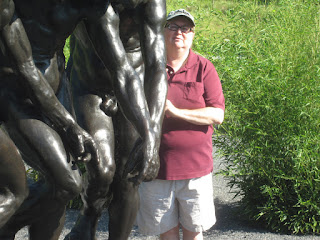 I took lots of photos of the beautiful works of art at the museum (which I refer to as the Raleigh Museum of Art, in my book) and will soon add videos of my excursions through the halls and around the grounds of the museum.

The book is available in ebook at these fine locations.

I am also giving away a pocket
NOTEBOOK & PEN
to SIX lucky people!
Head on over to my <CONTEST> page