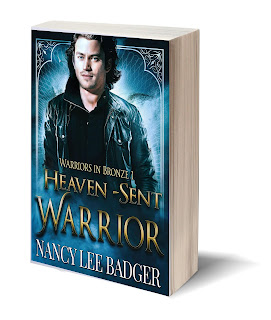 Asleep inside a bronze statue, a naked Frenchman wakes a century later to save a half-Fae art museum curator from a demon bent on ruling our present-day world. 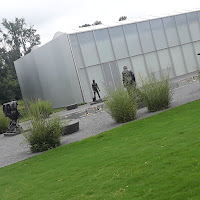 My 24th book will be released by Soul Mate Publishing on Wednesday July 18th.


Book Blurb
Henrí Chevalier's last memory, before stumbling naked into a museum’s moonlit garden, was Auguste Rodin and his dusty Paris studio in 1886. To escape his broken heart, Henrí volunteered to sleep inside a statue until needed. Expecting to die, he discovers he must learn to use the unexpected powers Heaven has given him. Without them he will fail his mission against otherworldly creatures, such as demons and faeries. Kenzie Mackintosh, a dedicated art museum's curator, spies a naked man hiding among bronze statues. A quick glance ignites desire within her, but she is too tied-up in work to act on it. Unaware of her fae heritage, their relationship heats up as he disrupts her job. While Henrí tries to process modern buildings, cars, and a broken elevator, a demon attacks and forces Henrí and Kenzie to enlist the aid of her powerful fae relatives. When the demon possesses the body of her ex-lover and threatens to kill him, then use her to take over the world, Henrí and Kenzie must learn to trust each other, even if Kenzie’s death might be the only answer to the world’s salvation.