What The Lady Wants by Author Nika Rhone 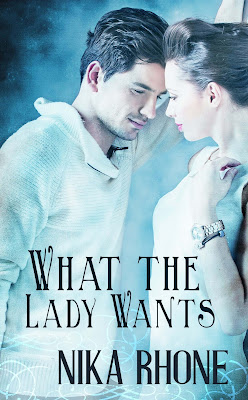 Author Nika Rhone stopped by to share her latest romantic suspense novel. The book is titled What the Lady Wants (Boulder Bodyguards #1) and was released July 14th. Since I like to pay it forward to other authors, I have invited her to tell you more about it.

Thea Fordham has wanted him forever. The years haven’t cooled the heat Brennan Doyle arouses in her, so it’s time for her to make the former Marine open his eyes to everything he’s missing. What will it take to prove she’s not some untouchable porcelain doll, but a red-blooded woman determined to finally get her man?

Doyle’s honor has kept Thea off-limits, but every time he turns around she’s there, wreaking havoc on his senses, making him think about long, sweaty nights and how good she would feel wrapped in his arms. How long could a man be expected to ignore the woman who calls to his every desire?

Doyle holds a secret that could jeopardize not only the first fragile bonds of love, but Thea’s very life. Will he be able to act before it’s too late for them both?

Thea scowled, stabbing her fork into her cheesecake as though it were a stand-in for the man in question. “Sometimes I think Charles is marrying Senator Westlake’s connections, and Mellie is just the fully trained political hostess who comes with the deal. Kind of like the toy surprise you get with your burger and fries.”
“You do realize that you’ve just equated your friend’s marriage to a Happy Meal?”
“You know, I’ll be satisfied if ‘happy’ figures into things in any way it can.”
Although he knew Thea’s concern for her friend wasn’t entirely unwarranted, Doyle selfishly didn’t want it to put a damper on the evening, not when he was enjoying himself in Thea’s company for the first time in weeks.
Deliberately, he picked up his fork and helped himself to a large bite of Thea’s cheesecake. It was difficult to swallow without choking on laughter at the look of affronted chagrin that crossed her face at the sneak attack.
“Nope.” He made a show of smacking his lips. “Definitely as good as ever.”
“And why would you think it wasn’t?” Thea watched him lick the fork clean with obvious resentment.
“Well,” Doyle said, eyeing her plate again, “I figured since you were mutilating it rather than inhaling it like you usually do,” he paused a second while she sucked in an indignant breath, trying to ignore the way her breasts heaved upward against the silk of her dress, “that there must have been something wrong with it.”
“Well, you thought wrong, mister.” Wary of the covetous looks Doyle was still throwing at it, Thea moved her plate to where he’d have to lean over her to get at it. “Dessert stealing is a very serious offense, you know.”
Doyle twirled his fork between his fingers, fighting a grin. “Is it, really?”
“Yes.”
“I hadn’t realized that.”
“Ignorance of the dessert laws is not an excuse.”
“Are you going to read me my rights before you haul me in?”
Thea’s lips twitched. “I think maybe we can avoid any hauling, since this is your first offense—this is your first offense, isn’t it?”
With as innocent a look as he could manage, Doyle replied, “Of course.”
“Of course.” Thea’s echo sounded less than believing. A sudden, speculative light lit her eyes. “You will, of course, be expected to make restitution.”
“Resti—” Doyle followed her gaze to his own plate, heaped with one of the most decadent slabs of Black Forest cake this side of the Atlantic. “Oh no. You’re not getting my cake. Sorry. Uh-uh. Go ahead and call the sweets police, babe, because I’ll go down fighting before I surrender any of this.” With good reason. The pastry chef was originally from Germany, and made an authentic Schwarzwalder Kirschtorte worth every overpriced penny Rudolfo paid him.
“Just a bite.”
BUY LINKS: 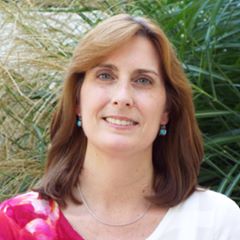 More About the Author:

Nika Rhone spent her childhood wearing out library cards as she read her way through the extraordinary worlds far beyond her small hometown on Long Island, NY. By her teens, her imagination was taking her places all on its own, forcing her to learn how to type (badly) so she could get all the stories down on paper. After a long love affair with science fiction and fantasy, she finally discovered romance, fell head-over-heels, and now spends her days crafting happily-ever-afters for the characters who still tell their stories faster (and better) than she can type them. Connect with her here: