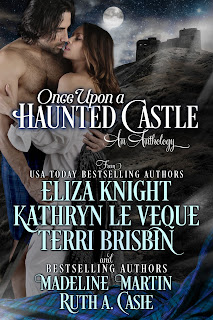 Ruth A. Casie stopped by to share her part in an exciting collaboration of authors, which resulted in the following exciting book. I asked her to tell my readers a bit more about her contribution, The Maxwell Ghost, part of Once Upon a Haunted Castle. Take it away, Ruth!

Castles, ghosts, Scottish heroes, what’s not to love! It never ceases to amaze me how the same story premise given to several authors results in different stories. The five of us had a great time writing these stories for you. So sit back. Welcome to the Highlands and the Islands of Scotland where ghosts inhabit haunted castles and can even help out forbidden lovers when they wish. Once Upon a Haunted Castle is an anthology containing five original novellas from bestselling and award-winning authors Kathrym LeVeque, Eliza Knight, Terri Brisbin, Madeline Martin and myself Ruth A. Casie. Our stories will take you to some of our favorite castles to meet our favorite ghosts.

My story, The Maxwell Ghost is set in Caerlaverock Castle in the Dumfries in the 1200s. I loved this story so much that it has been extended in a full length novel, The Highlander’s English Woman available December 20 and currently on pre-sale.

Book Back Cover Copy
The Maxwell Ghost – featured in the collection
Once Upon a Haunted Castle
Caerlaverock Castle, on the Scottish border is in an uproar. Traitors, deception, murder and ghosts run riot. The food stores have been tainted and the granaries set ablaze. Rumors fly when servants Evan and his bride-to-be, Angel are found murdered. They believe that in the heat of an argument Evan killed Angel when she threatened to expose him. Distraught over his impulsive actions, he took his own life. Now his ghost haunts the castle. A young cook, Sonia is sure everyone has it wrong and the ghost haunts the castle to seek justice. She will move heaven and earth to get to the truth, but she is helpless.

Laura Reynolds travels from England to her cousin, The Maxwell’s castle to put Evan’s ghost to rest. They have one week to complete the task or Evan’s ghost is doomed to haunt the castle forever. The Maxwell, while he loves his cousin, doesn’t believe in her sorceress ways. With the unsettled times, he cannot send her back to England right away, rather he lets her pursue her investigation.

Jamie Maxwell Collins has finished his service to The Maxwell and eager for his promised farm. While longtime friends with Laura, he has little patience for her hocus pocus, but in order to get his farm The Maxwell requires Jamie protect and help her. Will Sonia’s information tip the scales and help them find justice for Evan and Angel? With Sonia’s insight, will Laura and Jamie see that the depths of their relationship goes way beyond friendship or are they doomed to deny it forever 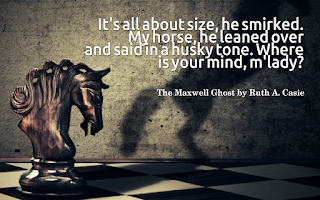 Excerpt
“Do you have any idea why Darla wants you away from Glen Kirk?” Jamie asked.
Laura’s back stiffened. “I see that she wants me to visit Caerlaverock to help Cousin Herbert in her place. The bigger question is why are you against taking me? Because if you are, James Maxwell Collins, I’m sure Gareth or one of the men will gladly escort me.”
“Wait, Lass. I’ve not said I wouldn’t take you with me. I’m simply inquiring as to why Darla is so anxious to have you away.” His soft tone and softer eyes quieted her. Lisbeth’s words were right. She cringed at the idea of marrying Bryce. He wasn’t where her interests lie.
“Has Bryce said anything?” He moved forward in his chair. “Has he done anything to—” His fist pounded the table making her jump.
“No, not at all.” Her hand instinctively covered his fist to ease his concern. “He makes me uncomfortable. That’s all. You said the ghost appeared after Evan died three weeks ago. You don’t have much time.” She removed her hand, got up and sat by the dying fire. Jamie followed.
“What do you mean? Much time?” he asked as he stirred the embers to life.
Laura sat and watched muscles under his shirt as he stretched and maneuvered the heavy log. The glow of the fire reflected off the gold strands threaded through his dark ginger hair and gave a soft halo effect. A smirk touched her lips. Jamie was no saint and the gossip of his escapades was legendary with the girls and women in the village. She dreamt of him at one time, a young girl’s fascination.
He turned toward her.
“Laura, what do you mean not much time?”
Buy Links
Amazon/Kindle      AmazonPaper
iBook    BN     Kobo 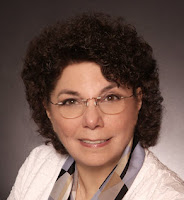 Ruth A. CASIE is an author of swashbuckling action-adventure time-travel romance about strong empowered women and the men who deserve them, endearing flaws and all. Her Druid Knight novels have both finaled in the NJRW Golden Leaf contest. Ruth lives in New Jersey with her husband, three empty bedrooms and a growing number of incomplete counted cross-stitch projects. Before she started writing time travel romance, she was a speech therapist, international bank product and marketing manager, but her favorite job is the one she’s doing now—writing time travel romance. Connect with Ruth: