I had to shout out that my 13th book is now available in ebook and print.

Stranded in 1603 Scotland, veterinarian Jenny Morgan is eager to get home to New England. Hiding her ability to read auras, a powerful witch comes to her aid. All Jenny will miss is the man who stole 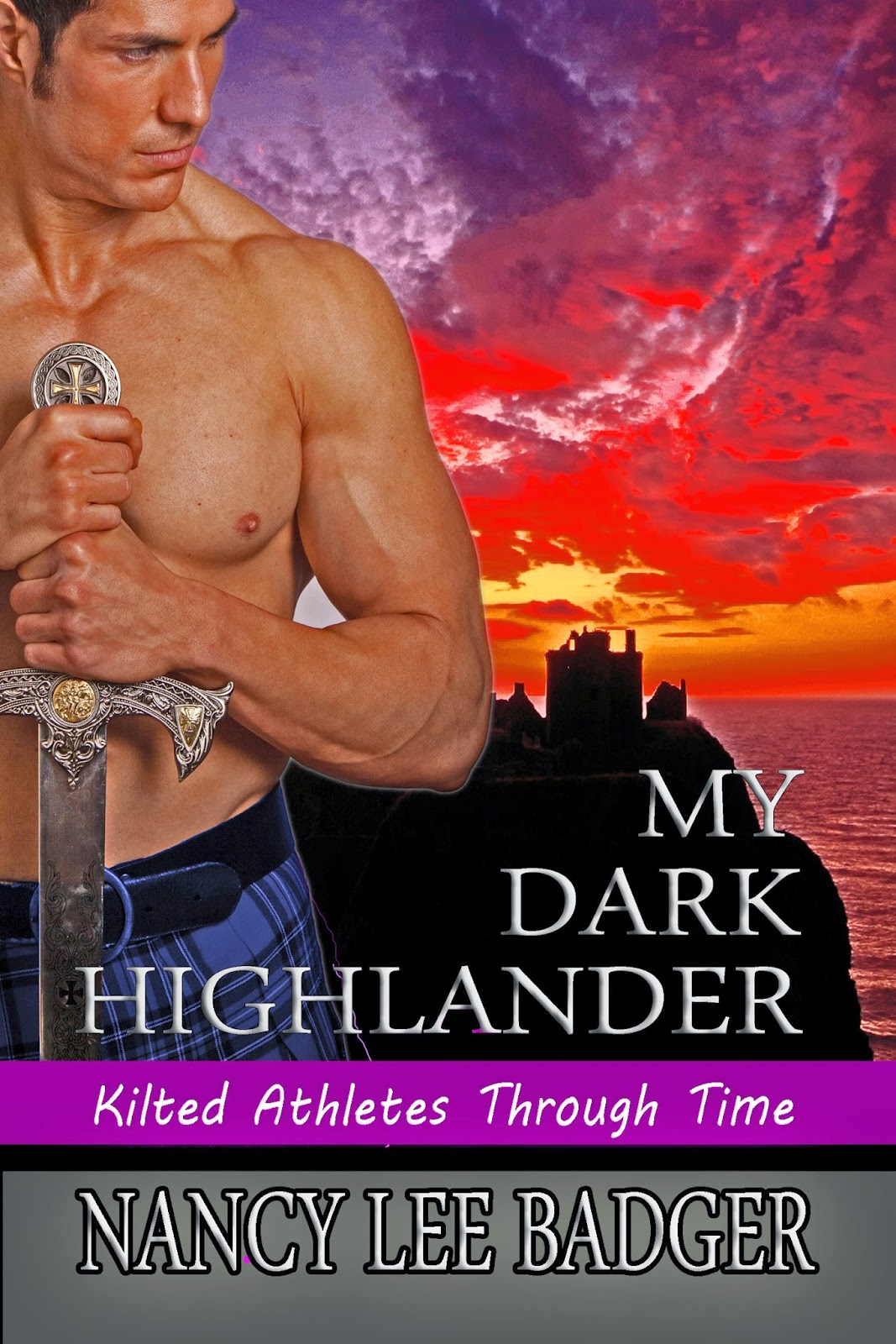 her heart, one dark night.

Laird Gavin Sinclair has a missing brother, a murderous father, and a dark-eyed beauty on his mind. When Jenny returns to a dangerous future, he sets aside his obligations and searches for her at the New England Highland Games. Jealousy and lust ravage his dark soul, until he and Jenny fight evil together.

Excerpt
“Lass, are ye well?” Gavin asked Jenny. Her limp body, beneath a wayward strand of moonlight, was cause for concern. She was breathing, and the only blood marring the forest floor belonged to his sire. The man had disappeared in a beam of light so intense, little black spots danced in Gavin’s vision.
When he had come across his father, with Jenny’s breast visible beneath her ruined gown, his heart had caught in his throat. Retaliation sprang to mind. The urge to cast a spell and kill his sire had risen so fast, it had terrified him. Angus Sinclair deserved to die, but the only thing holding Gavin back was the possibility of injuring Jenny. Tamping down his rage, he helped Jenny to her feet.
“Thanks. I'm fine. I'm glad he's gone. I heard the stories about your father, but I've never known anyone who oozed evil, like him.”
Gavin’s hands shook, and he was thankful she did not sense his evil side that had reared its ugly head. “Aye, ‘tis why Niall and I were reluctant to follow him.”
“His threats against you turned my stomach, and when he pressed his…”
“His dirk?” As moonlight passed above, her cheeks blazed red, and he wondered why she looked embarrassed. She clutched her dress together, but the milky swells of her breasts were visible.
“Not his dirk, idiot."
You can check more of the book, including the first chapter at these on-line BUY LINKS:
Amazon ebook
Nook
Smashwords
All Romance
Amazon Print