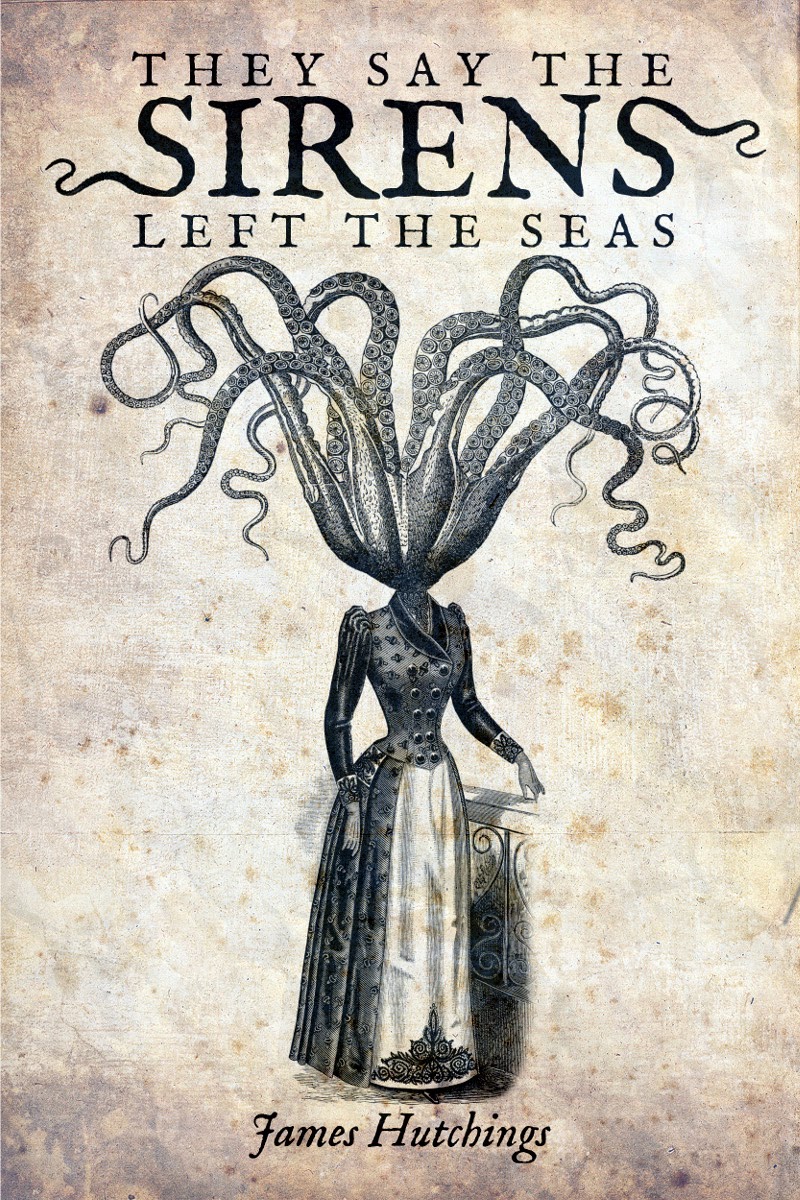 Please welcome author James Hutchings all the way from Australia! His book,
They Say the Sirens Left the Seas, is a collection of poems, often fantasy-themed, and was released on May 26.

Please tell my readers a little bit about your book.

It's a collection of 46 poems. It has a particular emphasis on poems that tell a story, particularly in the fantasy genre.

When did you start writing toward publication?

I wrote a novel in the early 2000s that's best not spoken of, but I've been writing and submitting continuously since 2010.

I started submitting stuff (turned out to be crap) in 2007, and sold the good stuff starting in 2010. Practice makes perfect! Do you have any rejection stories to share?

I got a rejection email for one of my poems which said that "There were several amusing parts in this poem, but it’s not consistently funny throughout, which is what I’d be looking for in a humour poem. I think the problem (as I see it) is that you’re often vague or allusive; specific details tend to be funniest." This would have been a lot more encouraging if the poem was meant to be funny.

I've heard some writers say they can only write in a particular room, or only at a particular time of day or something, but I've never had anything like that. At the moment I mostly write last thing in the day, but I'd be happy to change this if circumstances required it. I've done a lot of writing on bus or train trips.

Me, too! With a husband and several volunteer 'jobs', I try to get 'stuff' out of the way, then write until something else interrupts. Are you a member of any writing organizations and, if so, have they helped?

I've been a member of a few different face-to-face critique groups, as well as online ones, and have found them mostly useful. However I've never been a member of bigger, fee-charging organizations like Writers Victoria. I've found that, at least for an amateur like me, the cost isn't worth what they offer.

Please share THREE fun facts about you that most people don’t know:

1) I have three nipples (the third one is small, and looks like a birthmark or a pimple, but it's a nipple).

2) This isn't really a fun fact, but it's a strange fact. Some local neo-Nazis called Australia First recently decided (falsely), that I was the author of an anti-Nazi blog. They published my photo, name, address and even date of birth online (I assume they found them on facebook). I went on local radio with the real author of this blog to prove that we were two different people- but even after I did this they kept insisting that I was really him! I've actually had to get lawyers to threaten to sue them.

3) I used to dance like no one was watching, but everyone stared at me.

Later this year I hope to put out two more ebooks: one based around a long poem set in my fantasy city of Telelee, and the other around a long Western poem called 'Confession of a Bounty Hunter'. At the moment I'm working on a longer poem, set in the distant past and with a fantasy-like atmosphere, but no magic or monsters.

The last dragon faces his death...
A magician bases his life on a misheard word...
A teenager goes looking for his friends' girlfriends, none of whom have ever been seen...
46 poems by James Hutchings.

The Cat and the Toad

At the dawn of the world on a tree-sheltered road
an agreeable cat met a horrible toad.
When the cat saw its neighbor it fearfully shook
for in those days all creatures would act as they looked
and the toad was all warty, and bulging, and slimy.
The trembling cat mewed a terrified "Blimey!"
(more vigorous oaths had not yet been discovered)
and looked at the evil made plain on the other
one hideous sin for each hideous feature.
"Oh please do not kill me, most wicked of creatures!"
it begged without hope. But the toad thought awhile
then it gave what might almost have been called a smile
and it said, "You may keep what you carry within
but if you are to live, you must give me your skin."
Now the cat had no choice, though it bitterly cried
but to take off its fur and to put on the hide
of the venomous toad, and no creatures had made
such a villainous threat, such a terrible trade.
Then the cat hopped away where it once would have strode
for the toad was a cat, and the cat was a toad.

This explains why the toad, though so utterly charmless
is gentle in nature and totally harmless
while cats appear graceful and splendid and good
but would murder us all in our beds if they could.

(Disclaimer: This only refers to other cats. Your cat is lovely of course).

Thanks!
How can my readers
buy your book?

MORE ABOUT THE AUTHOR
James Hutchings lives in Melbourne, Australia. He fights crime as Poetic Justice, but his day job is acting. You might know him by his stage-name 'Brad Pitt.' His work has appeared in Daily Science Fiction, Heroic Fantasy Quarterly and Wisdom Crieth Without among other markets. His ebook collection 'They Say the Sirens Left the Seas' is now available from Amazon, Smashwords, Barnes & Noble and DriveThruFiction.

You can find more information
about James here:


Goodreads
Posted by Nancy Lee Badger at 1:00 AM