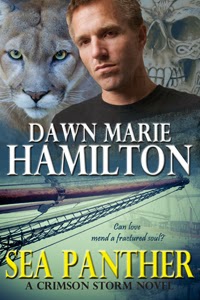 I am happy to announce that fellow author, Dawn Marie Hamilton, has released a book I was able to read in its infancy. We were members of a critique group, and we enjoyed the opportunity to read other authors' ideas. To see Sea Panther published, is great!

Thanks, Nancy, for having me as a guest today.

Inspiration comes to writers in unexpected ways. We must always be open to the stimulus around us. The musings for Sea Panther began while I was sailboat shopping with my husband.

What does sailing have to do with a Scottish inspired paranormal romance?

Kimberly, the heroine in Sea Panther, swore never to sail again, feeling responsible for her father’s death in a sailing accident. But after losing everything, and learning she might be pursued by a hit man, she answers a crew wanted ad placed by the captain of Sea Panther, a ninety foot yacht sailing south to Florida and the Caribbean.

What she doesn’t know is that the sexy Scottish captain, who she can’t help being attracted to, is a cursed, three-hundred year old vampire that shifts into a Florida panther.

The adventure takes Kimberly and Robert to many port-of-calls while sparks of desire fly between them. From Cape May to Chesapeake City to Annapolis to New Bern to Charleston to Florida. Kimberly desperate to escape a hit man. Robert desperate to find a cure for the curse. Both desperately falling in love. Then they set sail for a trip into the Bermuda Triangle and through time to Jamaica 1715, where they face Robert’s past—pirates and a voodoo priestess—before finding their happily-ever-after.

It was such a blast doing the research for the sailing portions of the book, which paralleled my husband’s quest to find a sailboat. Going to boat shows was great fun, especially the sailboat show in Annapolis. 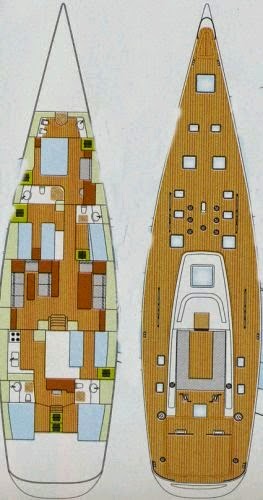 I used this sailboat layout as the plan for the black-hulled Sea Panther. Night Thrill, the second, smaller sailboat in the story came from memory, from the many boats we looked at during boat shows. And the descriptions of the boats in 1715 came mostly from my imagination and the memory of restored historical boats I’ve toured over the years.

Have you found inspiration in an unexpected way? Do you have a favorite sailing romance? Leave a comment on this post for a chance at a gift e-copy of Sea Panther. Please leave an email addy so I can contact you if your name should be pulled from the sailor’s hat.

Nancy asked me to reveal three things you might not know about me…
1.       I wanted to be a ballerina, but ended up in a corporate career instead.
2.       I’ve traveled to every state in the US except Alaska and Hawaii.
3.       I’m not sure how I’ll handle sailing—will I get seasick?--when my husband finally finds his dream boat.

Can love mend a fractured soul?
After evading arrest for Jacobite activities, Scottish nobleman Robert MacLachlan turns privateer. A Caribbean Voodoo priestess curses him to an eternal existence as a vampire shifter torn between the dual natures of a Florida panther and an immortal blood-thirsting man. For centuries, he seeks to reverse the black magic whilst maintaining his honor. Cruising the twenty-first century Atlantic, he becomes shorthanded to sail his 90-foot yacht, Sea Panther. The last thing he wants is a female crewmember and the call of her blood.

Although she swore never to sail again after her father died in a sailing accident, Kimberly Scot answers the captain's crew wanted ad to escape a hit man. She's lost everything, her fiancé, her job, and most of her money, along with money belonging to her ex-clients. A taste of Kimberly's blood convinces Robert she is the one woman who can claim the panther's heart. To break the curse, they travel back in time to where it all began—Jamaica 1715.

Her eyes glimmered with recognition, and she smiled. “Captain MacLachlan?”

He clenched his jaw. Was it his voice that sounded so gruff? Just as well, he didn’t want to give encouragement.

She dropped into the chair. A perplexed expression played on perfect features.

“What is your name?” he asked.

“I…I’m sorry.” She jumped up and reached out a hand. “Kimberly Scot.”

He hesitated before shaking her hand. Would her touch produce the same effect as on their last meeting? He tightened control on the vampire and the panther, and grasped the slender hand.

He yanked his arm away and extinguished the unwanted flame of lust. This woman meant trouble.

Though her hands trembled, she did as directed.

He trembled too. Needing time to rein in the chaotic emotions, he poured wine into two goblets from the bottle on the wet bar. He handed her one, careful not to make physical contact again. “I own this establishment. The wine is excellent.”

“Thank you,” she said and accepted the glass.

He grunted. God, he was being rude.

He paced a few feet away. Far enough not to reach for her. The lingering sensation from their brief handshake made him edgy. The pulse at her neck called to the vampire. The panther, demanding his mate, fought against bonds to which Robert tethered the animal. Robert forced control. “You want to crew on Sea Panther?”

Uncertainty flickered in her eyes. Was she afraid?

Aye. He smelled trepidation. Although it was best she fear him, the thought didn’t sit well. A strong need to protect his mate blasted his frontal lobe. Damn panther.

She held his stare. Finally, she answered, “Yes.”

Although I love writing about vampire shifters, I also enjoy writing about time traveling Highlanders and mischievous faeries. I’m currently working on Book 3 in the Highland Gardens series, Just Wait for Me. Look for it this fall. 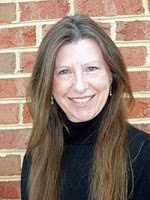 More About the Author:

Dawn Marie Hamilton dares you to dream. She is a 2013 RWA® Golden Heart® Finalist who pens Scottish-inspired fantasy and paranormal romance. Some of her tales are rife with mischief-making faeries, brownies, and other fae creatures. More tormented souls—shape shifters, vampires, and maybe a zombie or two—stalk across the pages of other stories. She is a member of The Golden Network, Fantasy, Futuristic & Paranormal, Celtic Hearts, and From the Heart chapters of RWA. When not writing, she’s cooking, gardening, or paddling the local creeks of Southern Maryland with her husband.
You can find more information about Dawn Marie and Sea Panther at: