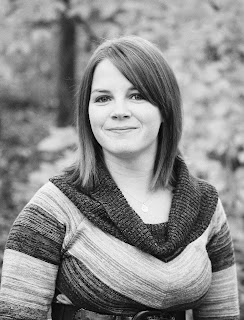 I have something very special for you today. Joining me is Debut Author C.T. Nicholson. Her first published book, Aiden's Betrayal is a Paranormal Romance and was released by Rebel Ink on February 3, 2013.
How exciting to have another opportunity to interview a newly published author! I remember my first book, back in 2010, and how 'getting the word out' was a new experience. Please tell my readers a little bit about your book.

Aiden's Betrayal is the first in the Guardians of the Society series. Aiden is a vampire who's already lost his mate and not expecting to meet a human who captures his attention. Elle is a simple human who just wants to keep living her boring life. Then she meets Aiden who's a vampire just like the one who killed her parents and he drags her into a world full of action and danger.
Describe the genre of this particular title, and is the only genre you write in?
This is my paranormal romance and Forbidden Attraction, that's set to release in April, is my Sci-fi romance. I write romance only, but I am actually working on what I call my 'normal' book since there's nothing paranormal or sci-fi about it. It does have some sexy men in it!
Sexy men? Normal, I like! When did you start writing toward publication?
I only started writing three years ago with a few spaces in between. I never expected to be published and it's been a very unreal experience.
I grew up reading 'Drug Store Romance' and decided I could write like those authors only better. How did you get into romance writing?
Romance is all there is for me. I've never thought of writing or reading anything different. I'll love any book or movie as long as it has a good love story to it.
Who first introduced you to the love of reading?
I really didn't read much when I was younger, but when I was about seventeen, I was reading short Silhouette/Harlequin books and then my grandmother told me about different vampire books. I was skeptical at first and now that's practically all I read.
What do you see ahead in your writing career?
More writing! I want to further myself in my writing skills and become a bestselling writer one day. And I want to walk into a store and be like OMG that's my book! If they still have paperbacks by then.
Will you share some encouraging words for authors still struggling for that first contract?
Keep writing no matter what. Set your goal and keep at it. (Thanks to Terry Spear for telling me that) I read my writing and either hate it or love it, so don't freak out if you're not happy with it. Just take a step back and it'll come to you.
Terry Spear is a fabulous author and teacher, and has helped me, too! What’s next for you?
I'm working on sequels to Aiden's Betrayal and Forbidden Attraction. I'm super excited to finish my 'normal' book and let people read it. I'm having so much fun writing it! 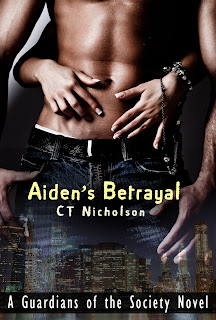 
Aiden is a vampire, a Guardian for the Society, who spends his nights hunting down vampires who've turned rogue. He meets Elle, a human, the first woman to get his attention after losing his mate.

Elle's a simple human who runs a bed and breakfast and ends up being dragged to a club with her friend. When she meets Aiden, he draws her to him like no other man ever has, but everything changes when she realizes he's a vampire. Just like the one who killed her family and nearly killed her.

As fate intervenes, Aiden ends up bringing Elle into his world to protect her from a rogue who hunts them and both woman and vampire must adjust. Aiden has to get over his fear of losing another mate and Elle has get over her fear of vampires.
Show more


Show le
A little bit about the author


C.T. Nicholson juggles raising two kids with her husband, a full time job, and still manages to get her writing done. Sometimes she even manages to get some sleep . . . sometimes. Writing and becoming a published author is a recent dream come true. Most of what she reads revolves around paranormal and sci-fi romance, and her writing follows the same path. The fun of weaving new worlds and species into existence is her true calling. She's a romantic to the core and wants nothing more than a happy ending. And of course hot men! You can find more information about C.T. Nicholson and her book, Aiden's Betrayal by visiting: